Happy 4th of July! This will be a somewhat long post of what I have been up to since getting off trail and some exciting news.

It’s almost been a year since I got off the Pacific Crest Trail. When April 22nd rolled around this year I couldn’t believe it had been a year since I had started my journey along the PCT.  It felt as if I had only started just the other day and yet it seemed like a lifetime ago.  It took a few months but I started working again for a company that offers Finance and Accounting services to small and medium size companies. I spend most of my time at an awesome custom window company that is very laid back. The F-bombs fly daily. I love it there and the people are fun too. There is also a slide.

Ever since getting back I struggled with getting off trail and not finishing.  I was happy to be home for the first month but I quickly missed the trail.  I missed the views. I missed hiking with 5 Star. I missed the simple daily itinerary of getting up each day, walking, pooping in holes, and more walking. I missed eating Pop-Tarts every day. Wait. No, that’s not right. I definitely don’t miss Pop Tarts.

I had read before starting the trail that Post-Trail Depression can affect hikers. I definitely was feeling it. I missed the trail yet at the same time I was stressing over if I had made the right decision with my life.  During that time period, I couldn’t look at anything related to the trail. It reminded me that I didn’t finish and how much I wished I could be back out there. It took months before I could start reading up on what was happening with the trail and participate in the discussions of helping the 2017 hikers prep for their hike.

When I got back home I weighed in at around 145 pounds. I started the trail at 162. As you all may remember thru-hiking makes for very hungry hikers. Remember my day at Cajon Pass and the regret that is and always will be Del Taco? Well, coming home and sitting on my ass didn’t minimize my giant appetite. I was constantly hungry and had to continue to eat every couple hours. My body didn’t catch the memo that we would be sitting all day catching up on all the shows I missed and playing video games. Less than a month is all it took to pack on all the pounds I lost. Except I’m pretty sure I was a bit more muscular before I left. My mother, being the loving and kind person that she is, did not hesitate to point out the gut spilling out over the increasing tightening waistband. The good part at least was that I seemed to shoot right back up to around 160 and stay there. Even though I was still eating way too much.

Now, you may be saying “But Wrong Tent didn’t you go out hiking the local trails?” HA! Not a chance. The last thing I wanted to do when I got back was any amount of walking. In fact, I had the hiker hobble for about a month. “OK but you eventually went for a hike or exercised, right?” Nope. I didn’t put on my good ol’ Altra Lone Peaks until the end of April. I flew up to Montana to spend the weekend with 5 Star, where he made me do some walking. We did a couple hikes.  Found a bear or two. Got graulpled on. 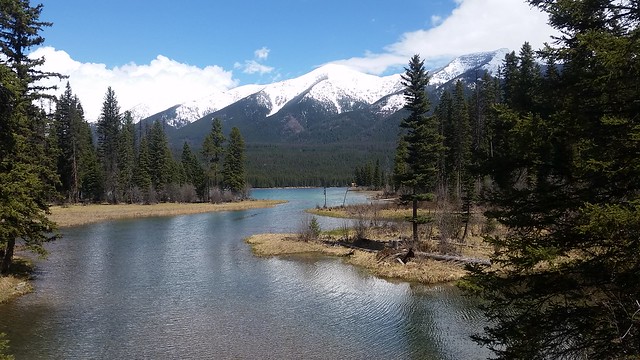 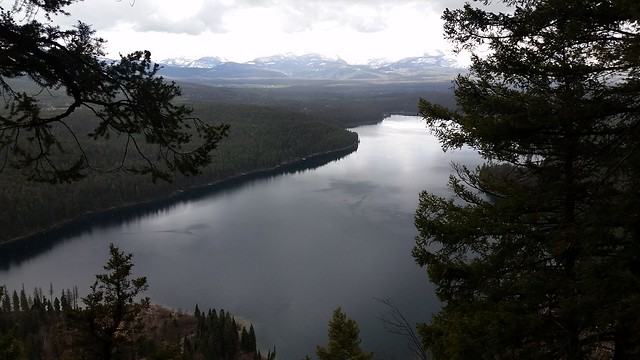 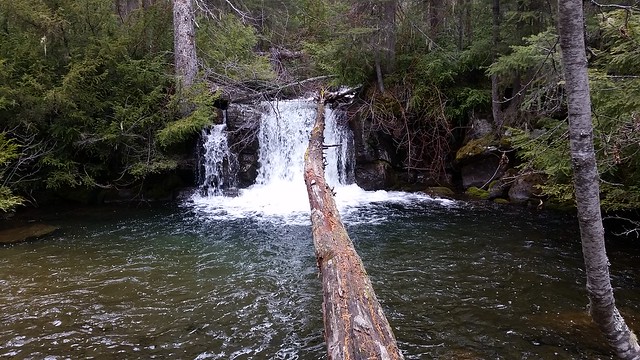 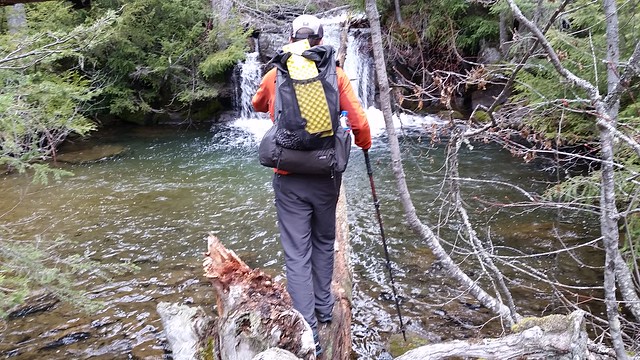 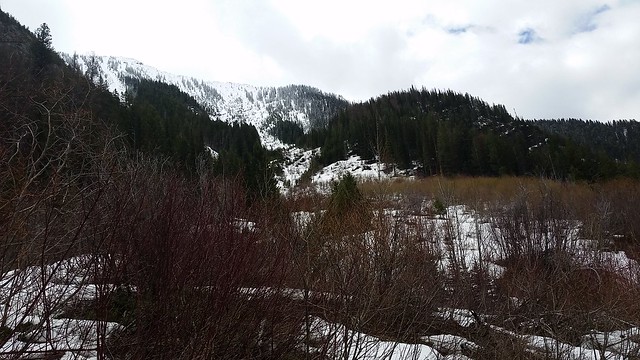 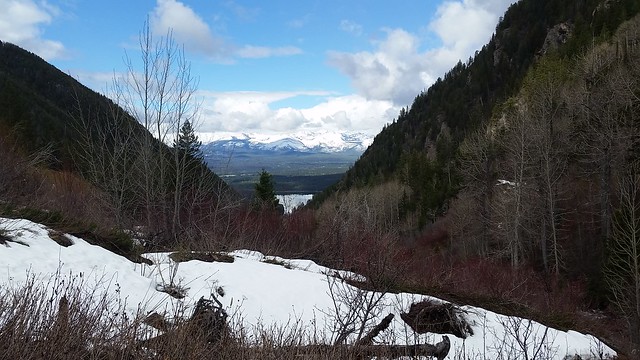 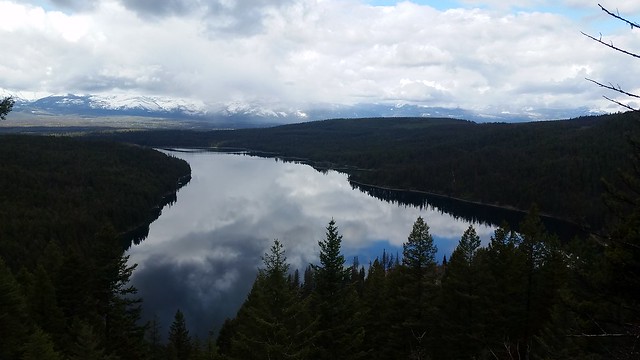 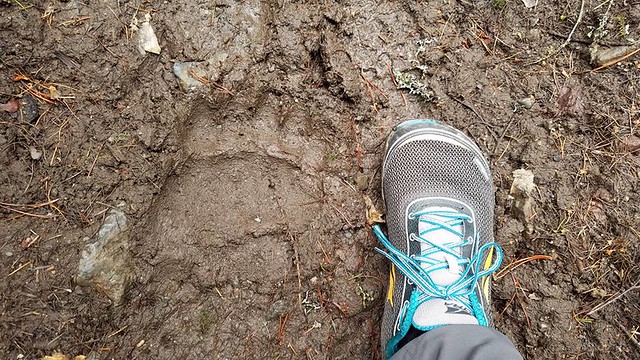 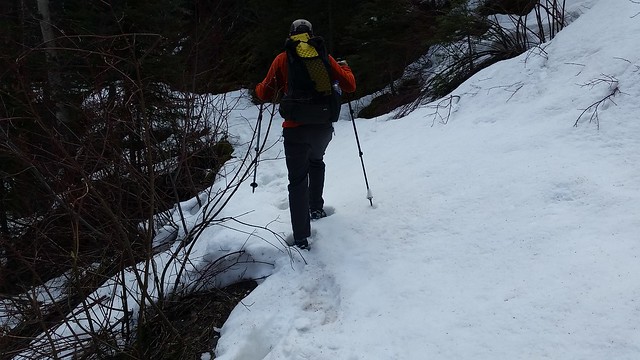 My favorite! We all know how much I love snow. 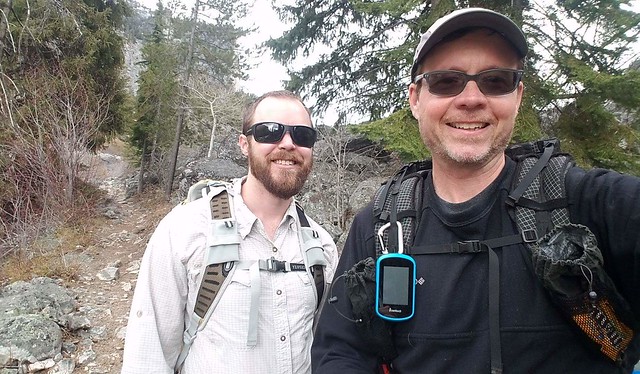 It was really good to see him and I got to meet his two kids.  Unfortunately, the timing didn’t work out for me to meet his wife. Next time!

When 5 Star dropped me off at the airport after my visit he said “See you in a couple months. Hopefully, your employment status changes.”

Several months back Tami, 5 Star, and I started kicking around ideas for hiking together. 5 Star hiked the Colorado Trail (CT) a couple years ago and said it was amazing and is too amazing to only do once.  Tami jumped on the idea and said she’d do it with him. The Colorado Trail is about 485 miles long and stretches from Denver down to Durango. It shares approximately 234 miles with the Continental Divide Trail (CDT), which is another long ass thru hike that runs from Mexico to Canada. The CDT is not as popular and from what I’ve read, much harder. The unofficial slogan for the CDT is “Embrace the Brutality.” 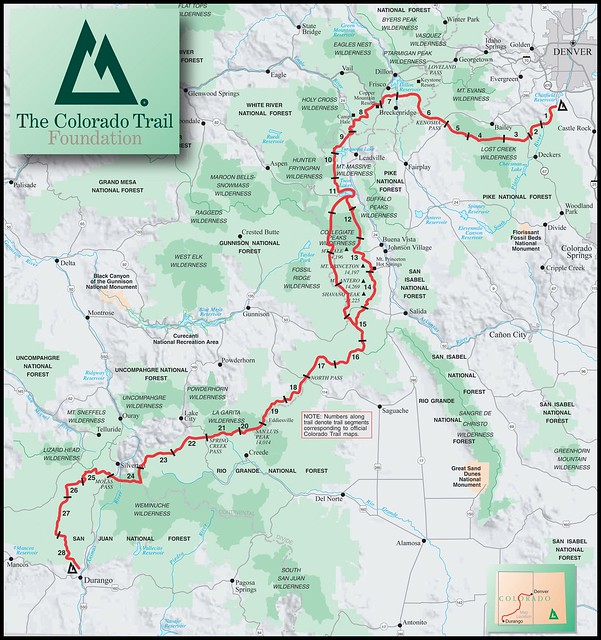 I really wanted to do the whole trail with them but apparently, real life is always in the way. A couple years before I decided to hike the PCT I really wanted to hike the CT. It’s only 485 miles and I knew I could probably do it in 4 weeks and if I really pushed it I could do it in 3. My job at the time required me to be in the office the first week of the month so I was limited to only taking 3 weeks off. As much as I really wanted to do the hike, I didn’t want to rush it and not enjoy it. So I held off and then decided a couple years later that the PCT was a much better life decision!

I decided that I would do the first 120 or so miles with them. Since I was only doing a week on the trail it didn’t take much planning on my part.  I didn’t have to worry or think about my resupply strategy like I did with the PCT. I thought about changing out some gear such as a new sleeping pad but didn’t want to spend money for just a week. As the time crept closer and closer Jim and Tami were messaging back and forth on group chat more and more. I was excited about the hike and to see both of them but I wasn’t “feeling it.” I didn’t want to admit it but I was pretty down about missing out on the rest of the trail. A lot of the emotions of not finishing and missing the PCT were coming back. I was also up in the air of whether I wanted to actually write for the week. It takes quite a bit of time to write out each day. My friends and family kept telling me I should but once again, I just wasn’t “feeling it.” I knew my heart wouldn’t be in it.

Now it’s less than a week away. I fly out to Denver early Saturday, morning and start hiking Sunday morning. For the past couple weeks, I’ve known that my schedule where I work would be thinning out as the custom window place would no longer need my assistance and there was nothing new in the pipeline for me. While discussing my schedule for when I got back from my hike I proposed taking the month off and seeing (hoping) there was something when I got back. They said it wasn’t a problem and to have fun and try not to enjoy too many Pop-Tarts. Oh, don’t you worry. Pop-tarts may be consumed but they will not be enjoyed.

I hung up the phone and said “Oh. Fuck.” What have I done?! I have less than a week to plan a 500-mile hiking trip! Awesome!

I quickly messaged Tami and 5 Star and gave them the bad news (for my bank account) and the good news for them (Jim got his wish). I asked them to send me their resupply information so I could quickly put together a few boxes and get them ready to be shipped out. Canceled my shuttle from Frisco, where I would get off the trail, to Denver. Looked into how to get home from Durango, and how to change my flight out of Denver back to Phoenix. I broke down and got the bigger sleeping pad I was wanting but couldn’t justify for just a week.

I was using the NeoAir Xlite Small. It worked OK on the PCT. It kept me warm. It was just too small to be comfortable. It was only 47 inches long and 20 inches wide. The length wasn’t that big of an issue since I would have my legs on my pack. My biggest complaint was the width. It was too narrow. My arms wouldn’t be on the sleeping pad which made me uncomfortable. I decided to go with the NeoAir Xlite Large because it was an extra 5 inches wider and the regular is the same width as a small. The only problem is that the pad is 77 inches long. 30 inches longer than what I was using! I’m extremely tempted to trim it back. I’ve watched a couple videos of people doing it but I’m not sure I want to cut into a brand new sleeping pad that isn’t cheap.

Today I went and bought my food for 3 resupplies. While prepping for the PCT I made spreadsheets and calculated how much nuts, raisins, and M&Ms by weight to make my trail mix. However, after 3 months of hiking the PCT,  running into the store and buying 3 weeks of food is a cake walk. I guestimated how much trail mix I wanted and rounded up with more M&Ms because everything else is just a roadblock to goodness. 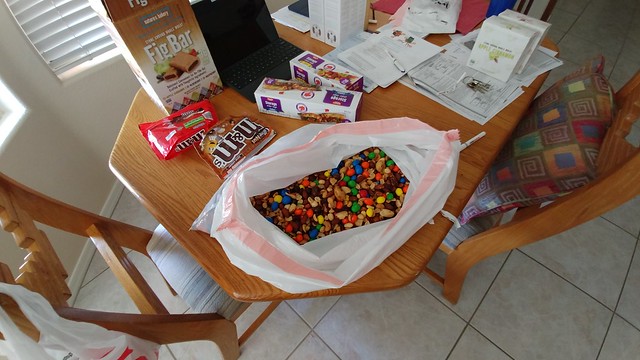 Not much changed from what I brought and actually ate on the PCT. I can’t do sausages and salami. Just the thought of it makes me want to puke. So once again my food is basically vegetarian. Except there is a distinct lack of vegetables. It’s basically sugar. Actually, it’s probably just high fructose corn syrup.  I did end up getting Pop-Tarts because apparently, I’m not good at making decisions nor figuring out what else to eat in the morning while hiking. 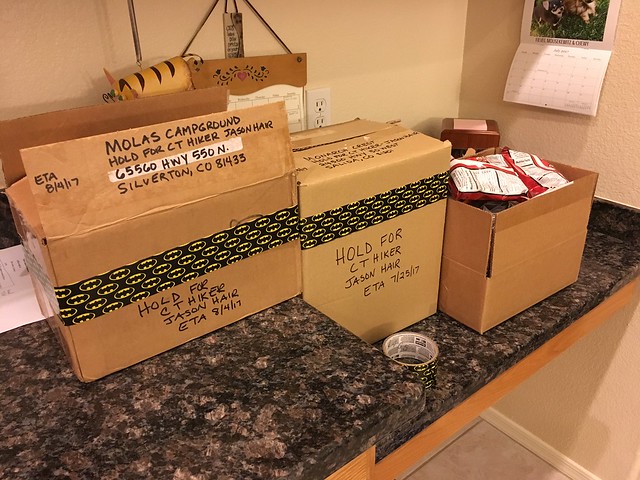 Only 3 boxes though. As opposed to the 17 I had planned on the PCT. Once again I have my Resupply Technician to thank. I even dug out my Batman tape!

Only 3 days to finalize everything before I’m back to being a smelly homeless person. I’m excited.