Day 79: Hat Creek Rim and the need of new feet

4 am came very fast. I didn’t sleep well at all. If at all. I kept feeling like I may need to leap up and puke in a bush. I tool some tums but it only helped a little. I packed up in the dark and we were off by 4:30. 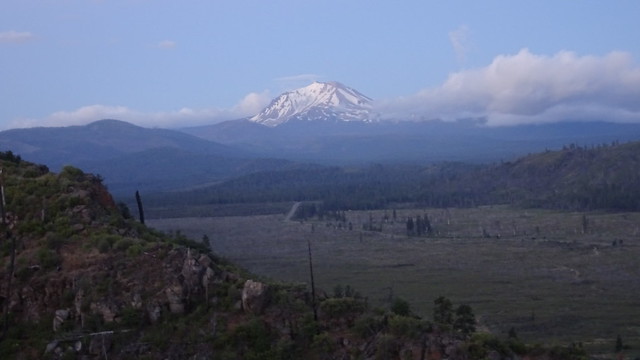 The trail sucks. It’s miserable. Lava rocks everywhere! Sticking up just enough to cause you to trip. We have our head lamps on but the rocks blend in to the trail. I’m constantly kicking or tripping over them. At 5:15 the sun rises enough where I don’t need my head lamp but it doesn’t help the situation. The rocks are brutal on my feet which are already sore.

While we were walking just before the sun was rising 5 Star stopped suddenly, shouted, and turned around to run. 5 Star always jokes that if you see him running then your number is up and you’re about to get eaten. When I saw him turn to run I didn’t even ask I turned and started to run.  He said it was OK and so I stopped. My heart pounding I ask him if it was a rattlesnake. My mind instantly thinking of the incredibly dangerous and lethal green mojave. 5 Star replies “even worse… a skunk!” A skunk… Within a quarter mile another skunk runs off the trail. I could see its fluffy black tail up in the air.

We continue on the rocky trail that is destroying my already destroyed feet. Abut 9 miles in we come across some south bounders. 5 Star steps to the side to let them pass. I look at the older man and recognize him! I pull off my headphones and say “hey I recognize you!” 5 Star notices too. It’s Gary from the Chimney Creel trail magic back before Kennedy Meadows. He hiked the trail back in 1977. We talk for a bit and he let’s us know that Cache 22 is fully stocked with water. This cache is in the middle of the waterless stretch. All the news we’ve heard is that it wasn’t being stocked this year. I had a feeling it would be but the PCTA and the guy who manages the water report have been discouraging relying on water caches. Which I agree with. 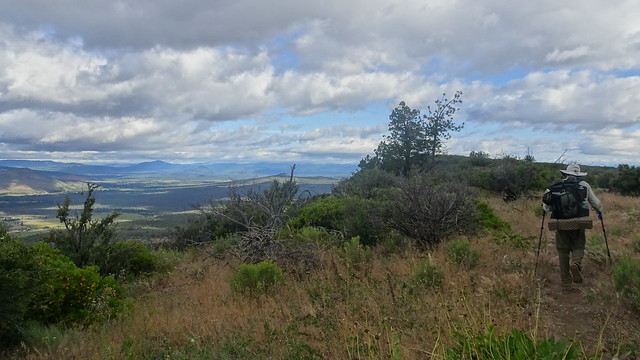 We take a break next to a communication tower and I start to lighten my load of food. Or I guess redistribute the weight to a more central location. After the break I talk to my parents for awhile until my full bars of 4G drop to 1 puny bar of 1X in less than awhile mile. Oh well.
We get to Cache 22 and sure enough it is fully stocked. There’s a cooler too! Oh man maybe a cold soda or fruit or something! It was something alright. The cooler was stuffed full of food. Hiker food. Peanut butter, granola bars, and pop tarts. What a cruel joke. 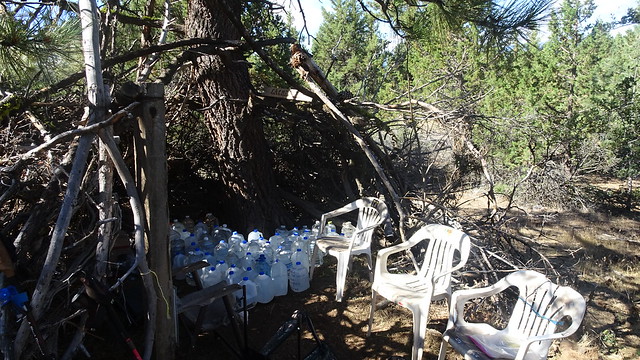 By this point we only have 13 miles to water. We continue on the trail from hell. I start listening to 11.22.63. So far so good. I watched the first episode of the show with James Franco before I left and really liked it but decided to go with the book before I got any further. 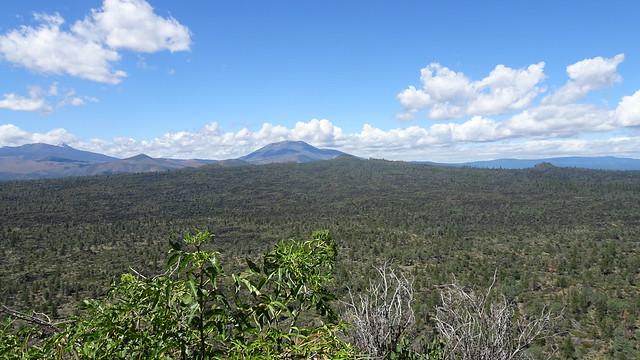 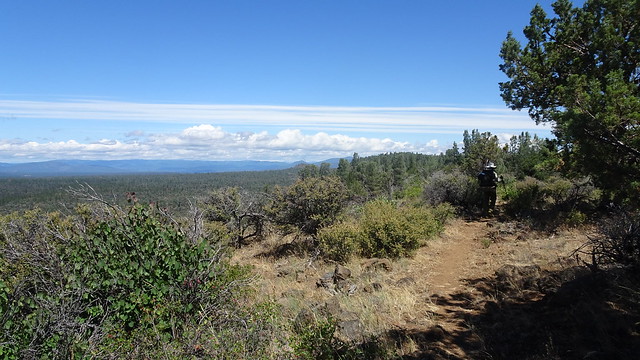 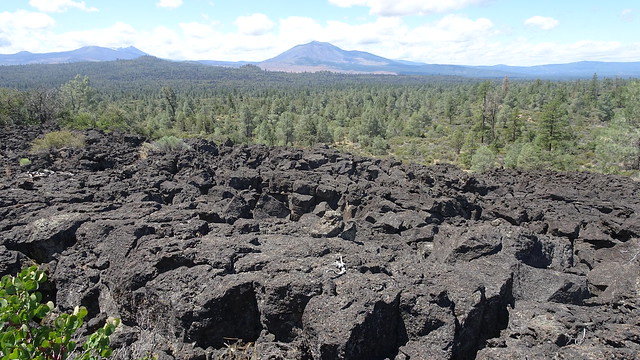 We stop for lunch and my feet are in a lot of pain. The bottoms are very sore. The last three toes on both feet are numb. It feels good taking off my shoes but I just want to scratch the cap out of the bottoms. 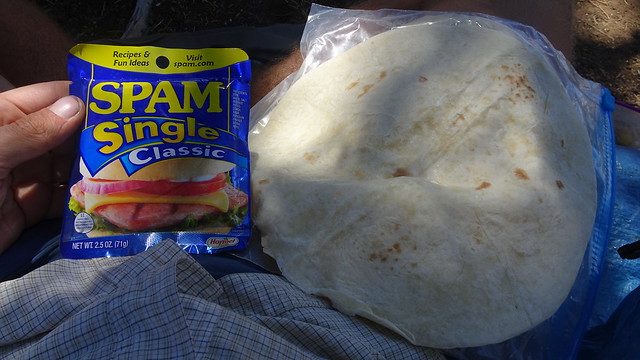 The rest of the day is a slow pace trying to avoid having to step on the lava rocks. We reach the fish hatchery where there is finally water and fill up at a canal. We walk around Baum Lake and stop at a small tent site under some trees. I am exhausted and my feet are dead. Just chop them off at this point. Tomorrow is 10 miles into Burney State park. I’ll pick up a box there and hopefully find some real food in the small store before putting in a few more miles. 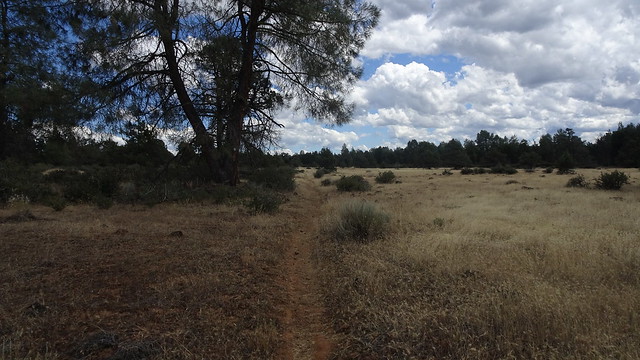 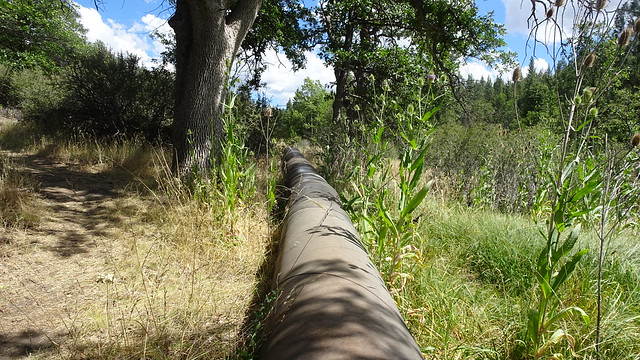 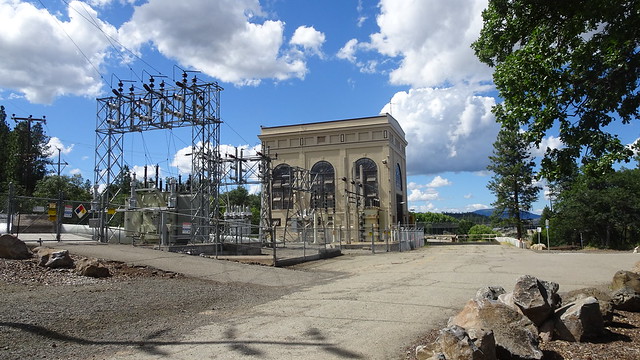