I forgot to mention yesterday that I have wicked inner thigh chaffe. As we were walking to get burgers someone behind me asked if I had chaffe.  Apparently it’s easy to tell when you are walking down the street all bow legged like you just rode a horse all day.  So right before I went to bed last night I did a little clothing alterations and cut out my inner liner. I still had some chaffing but not like yesterday.

Today I woke up at 4:30 am, packed up, and was on the trail at 5:45 just as the sun was starting to rise. It was only 6 miles to the water source so I only carried three liters.  It was a pretty nice hike in the morning slightly overcast and about 52°. 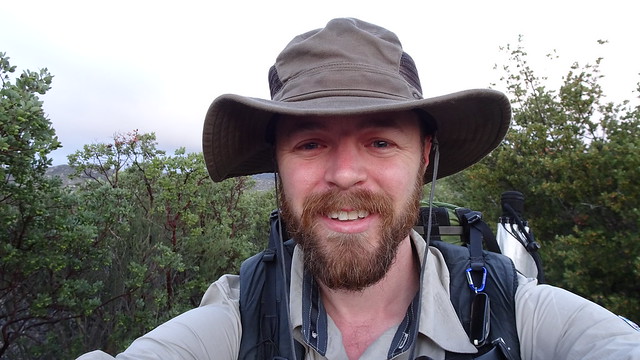 The first 6 miles was pretty nice. Most of it was in a grassy Meadow. 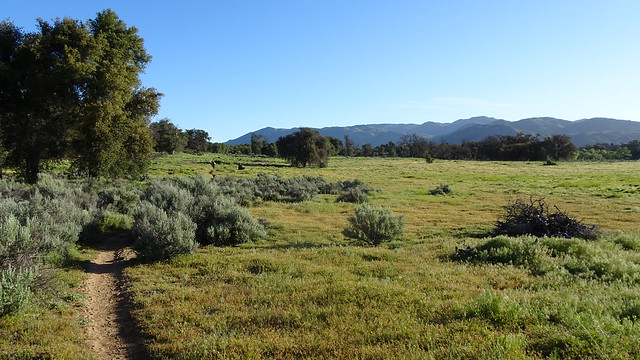 Although right at the start my left knee was acting up and it would twinge with pain whenever I would go up or down. By the time I reached the water source six miles in my knee was better but my right foot had started to develop a blister. I tapped up my blister with leuko tape but apparently the blister was lonely and wanted a friend and another one formed right next it right between my big toe and second toe. After a couple hours the pain either went away or I just stopped noticing. 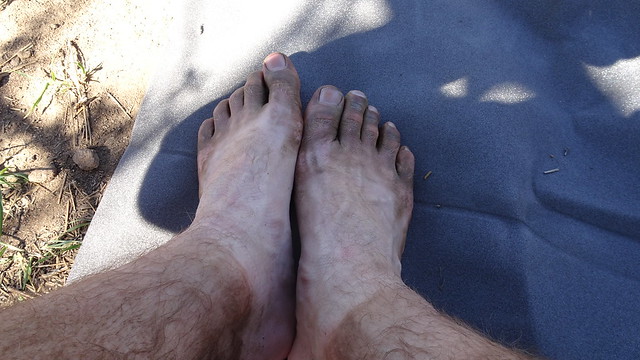 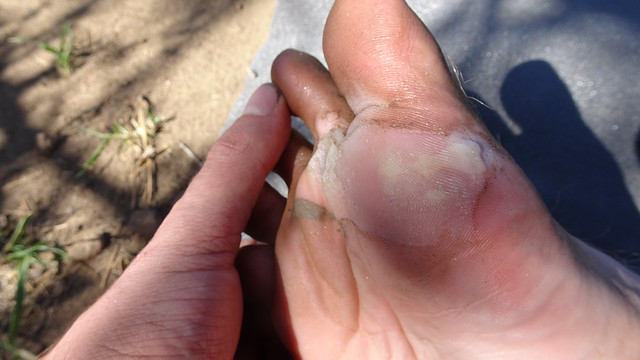 My nasty feet after day 2.

The rest of the day was mostly just a long and exposed ridge with basically no shade except for around mile 32 where there was a patch of trees.  I stopped there where a guy I hiked with yesterday was resting and an Australian. After a few minutes Ze Germans showed up. Two guys and a girl who I leap frog with most of the day. Then a few others showed up.  During this break I learned from the Australian about a seasoning they put on things like fries called chicken salt. He kept saying is the best thing ever. Of course he didn’t bring any. Although Aussies think vegimite tastes good so they can’t be trusted. 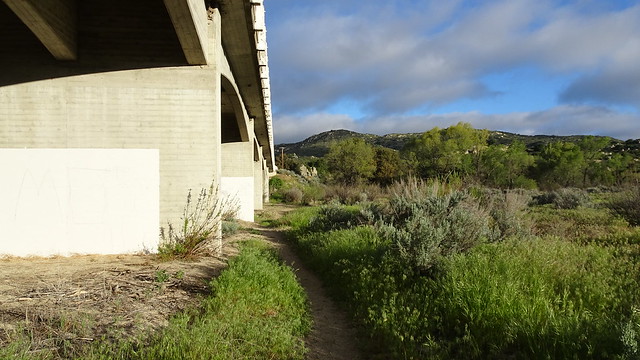 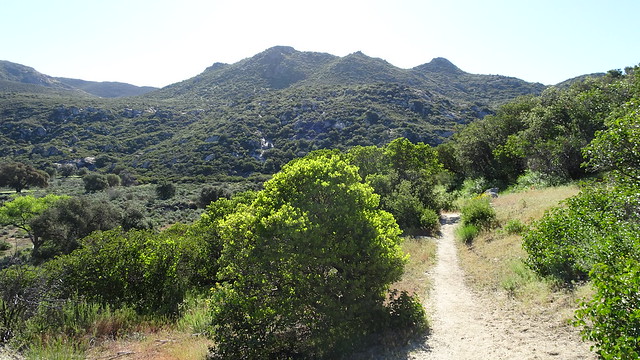 After about an hour I finally got up and started making another long and hot hike up along a ridge. It was about 79° by 1pm.  By this time I felt it was time for some music and that definitely helped to keep a somewhat decent pace. After about 2 hours I was definitely starting to feel fatigued and ready to stop for the day but I still had about a mile and a half to go and of course it was about a 300ish feet climb. I felt like I was walking through molasses. 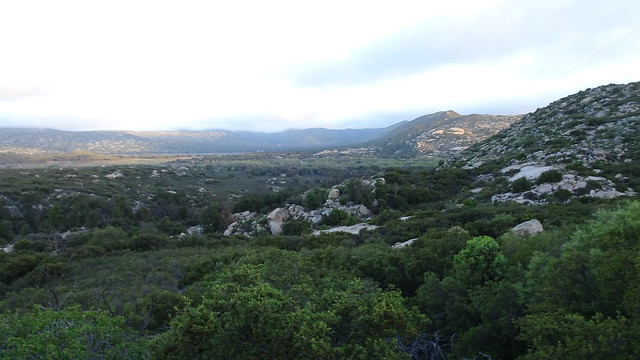 I was pretty happy getting to the camp site for the day but I still had a .3 mile walk to get water from a pipe flowing into a trough. And when I say flowing I mean like maybe 1 liter a minute. The good thing was that there was some good entertainment. In the trough was about 5 gold fish. How the hell did goldfish get into this thing in the middle of nowhere?

Over a couple hours several people trickled in and right now there is I think 12 people. One of the guys wanted a group photo and we used another guys trekking pole plus a heavy duty rubber band to strap it in place so that we could all be in the picture.

A few people have seen rattle snakes but so far I’ve been lucky. One guy got a good video of one slowly going across the trail with its rattle going. Other than the snakes the trail is pretty safe. 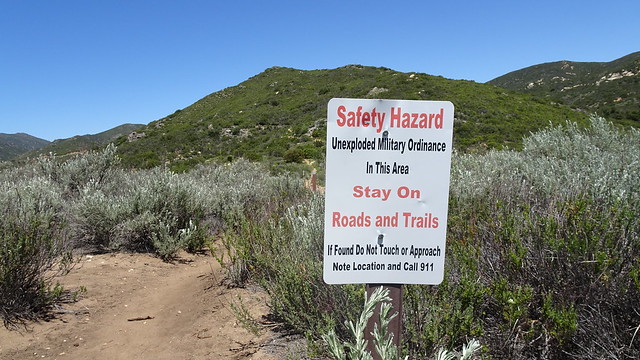