Last night was pretty cold.  My watch said 39° but I think it was colder than that. Some tents had frost on them. I some up around 5am and got going by 6.  It was only about 3 miles to mount laguna. 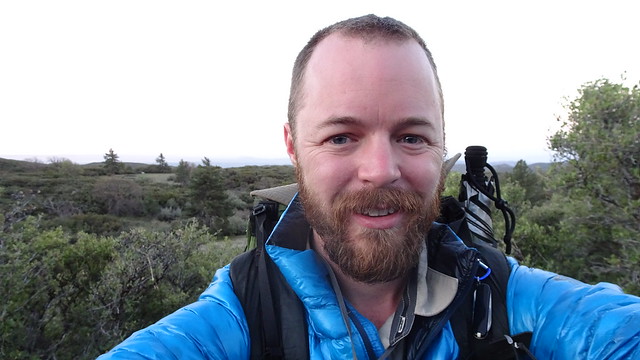 The trail to Laguna was nice and easy in a forest. Before I knew it I reached side path to go into Laguna. 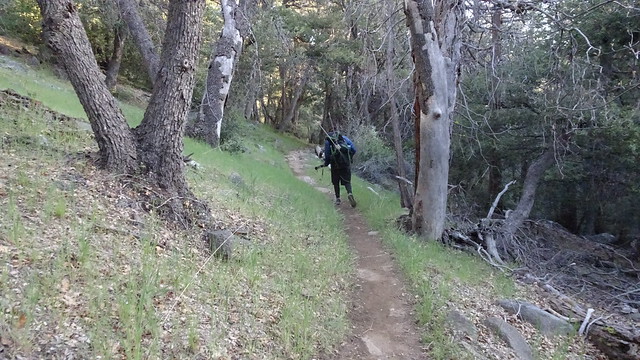 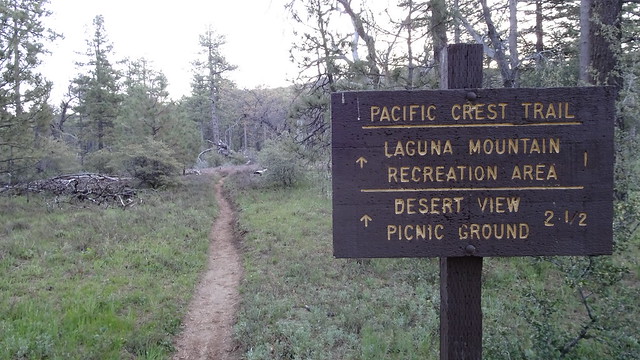 The town is tiny and basically conduits of a tavern, outfitter, lodge, and the general store. I got there around 7 but the tavern opened at 8 and everything else at 9.  I waited around with some others and went to the tavern where I got some eggs and today. Also got to charge up my electronics. 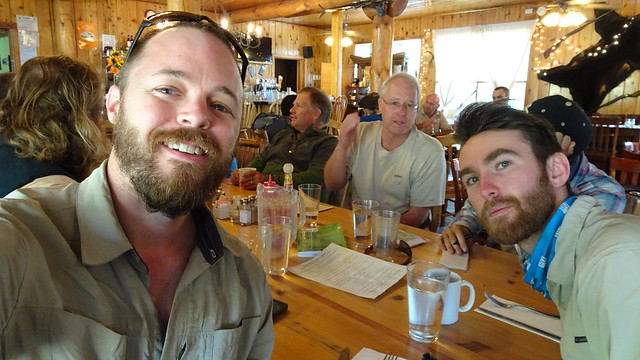 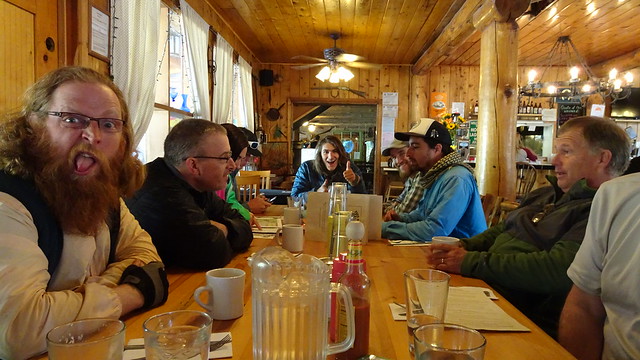 The guy on the left is Focus. He had attention problems at the trail angel house and they kept telling him to focus.  Well when they drove him and a bunch of other hikers to the southern terminus he posed naked on the monument. Too funny.

After breakfast I went to the outfitter and got some sun gloves and different socks. I noticed my hands where burning even tho I put on lots of sunscreen.  I think it’s because the straps on my trekking pole rubbed off the sunscreen. 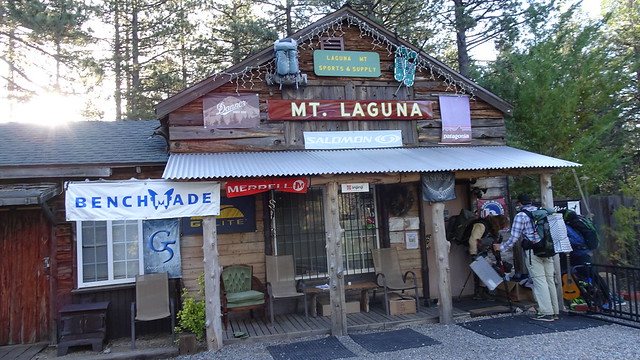 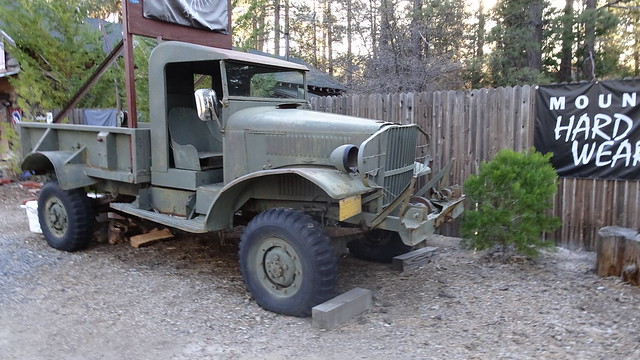 Dude had a bunch of old style jeeps behind the fence and rolled up in a late 80s Jeep truck.

After the outfitter I went to the general store to get some food. Not much there and everything was way over priced. The guy running the place wasn’t too friendly either.  I’ve heard from other hikers that said the same thing.

I left Mount Laguna at 10:20. For the rest of the day it was non stop wind. I had my umbrella up for all of 20 minutes before I almost flew off the mountain. At least it was in the low 70s and a steady drop in elevation. 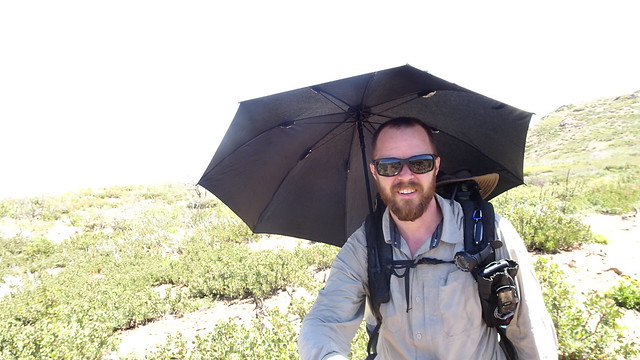 After a few miles I came around a corner and saw the desert floor. Looks hot down there. Luckily I don’t have to go down there. The trail ran along a Ridgeline all day with the desert to the right. 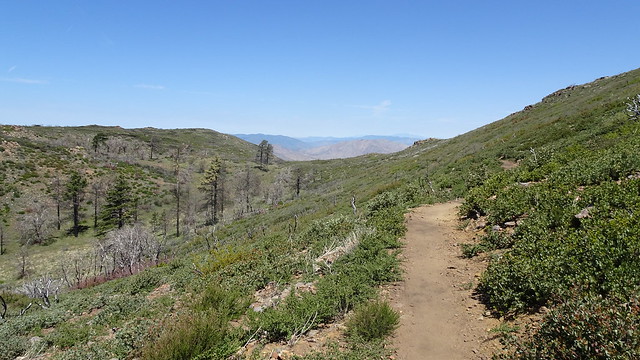 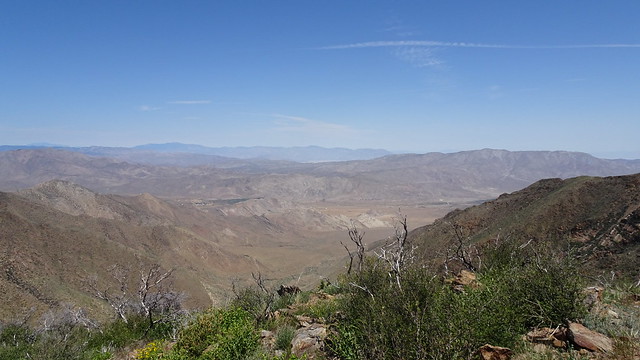 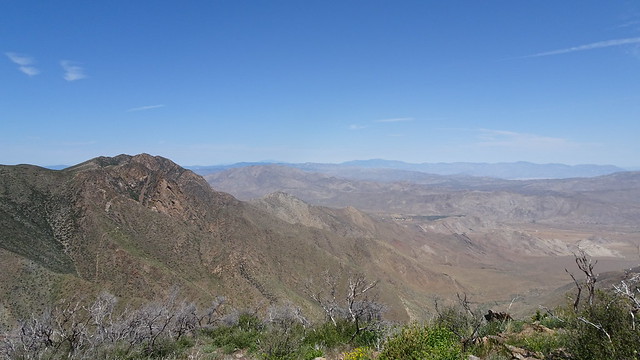 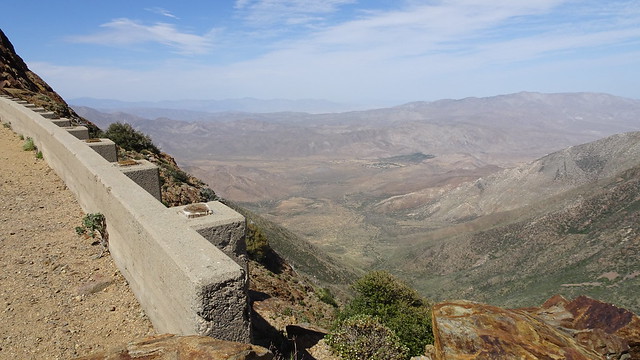 It was a long day of hiking.  The last couple miles seemed to take forever. I finally got to where I would be camping for the night at 5:45 pm which was a half mile off trail. It is so windy! When I walked up there were 4 of the guys I’ve been hiking with fighting to set up there tents behind a water tank. They noticed it might be a bit better up a hill where there were bushes. It’s a little better but not by much. The spaces are so tiny and in a slight decline. I thought I found a good spot for my tent but it kinda sucks. I couldn’t set up the tent properly due to lack of space and that I’m on a decline. So the fabric isn’t very taut. And every 10 minutes or so a strong gust comes through.

Hopefully my earplugs will help. I am exhausted. Damn you wind!