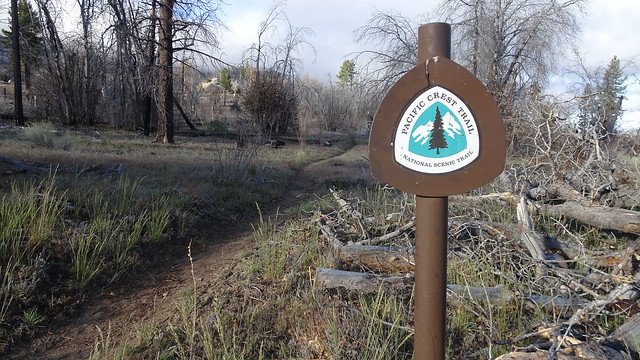 I woke up later than usual and didn’t stay hiking until about 6:30.  I tried to take my time since it would be such a short day but trying to hike slower took more effort than going my natural pace. 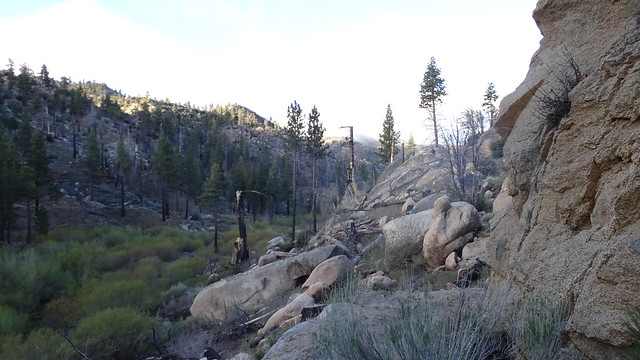 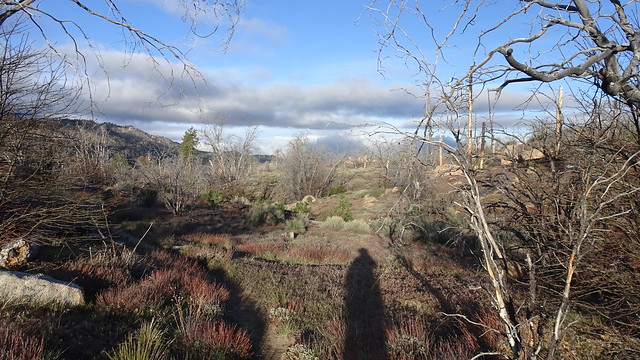 In the distance, where I was heading, were some dark clouds. It didn’t look like it might rain but you never know. 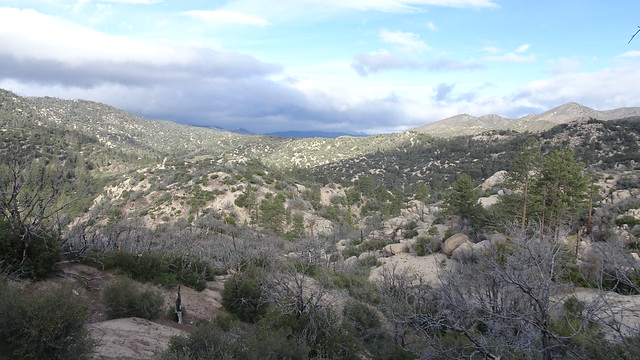 After awhile I could hear rushing water from Holcomb Creek. The same creek that had stagnant water from yesterday.  Guess it must be getting mountain run off  to have that much of rushing water. 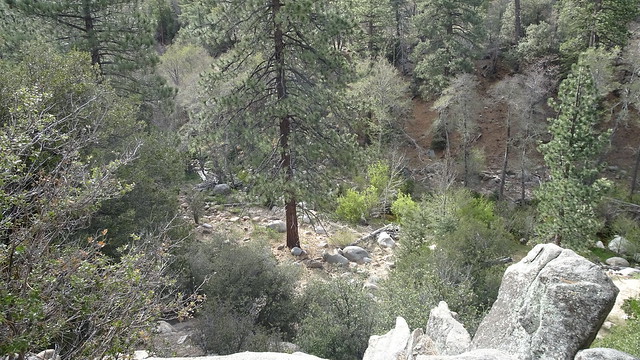 We had to do a couple creek crossings although I’m not sure it was the same creek since there wasn’t as much water. 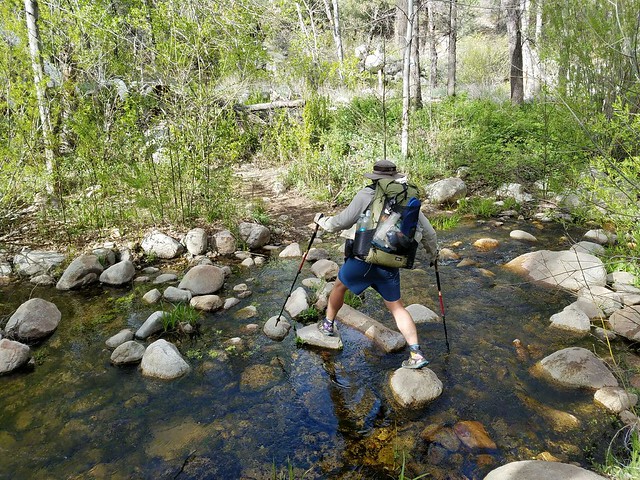 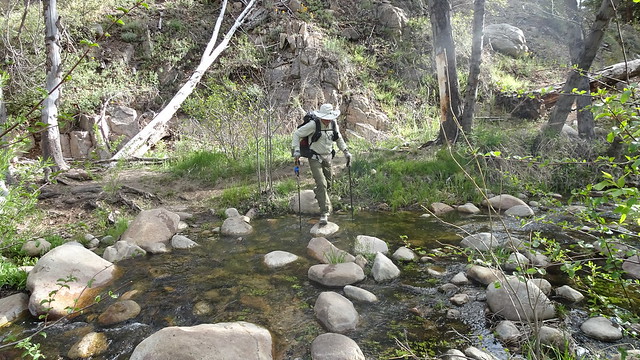 We came across some giant pine cones. These suckers probably weighed in at 3 pounds. Imagine getting hit in the head from one of these! 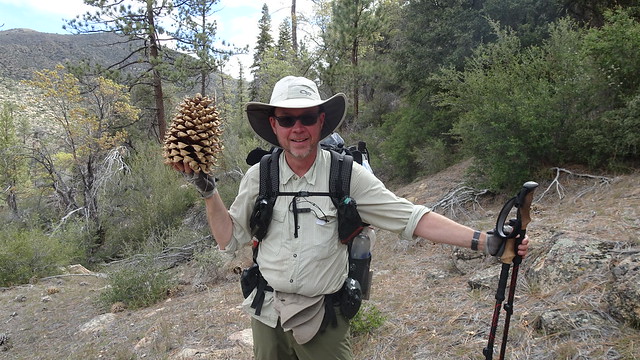 Finally we came to a bridge that goes over another creek and at the other end the PCT continues to the right and a 0.1 mile trail to Splinters Cabin goes to the left. Jim and I left Justice a note that we went left. The “cabin” is actually a gazebo on the foundation of an old stone and wood cabin from 1922. No giant rat or teenage turtles though. 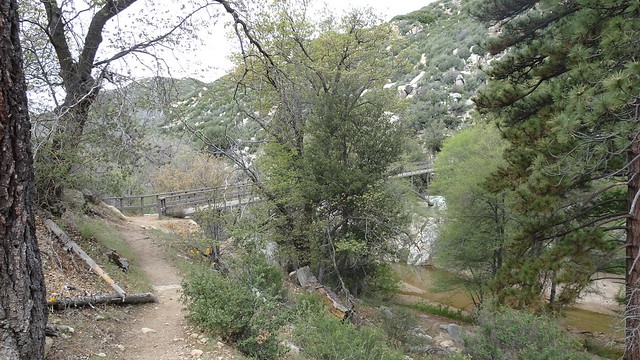 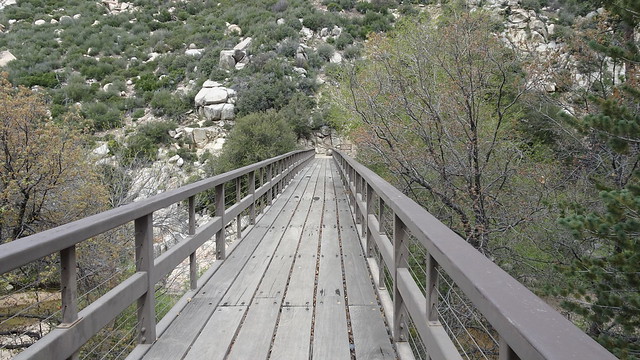 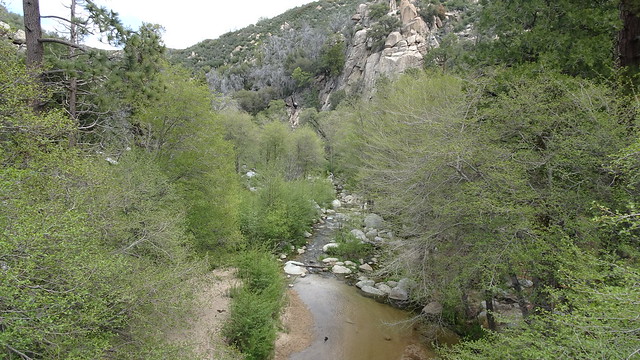 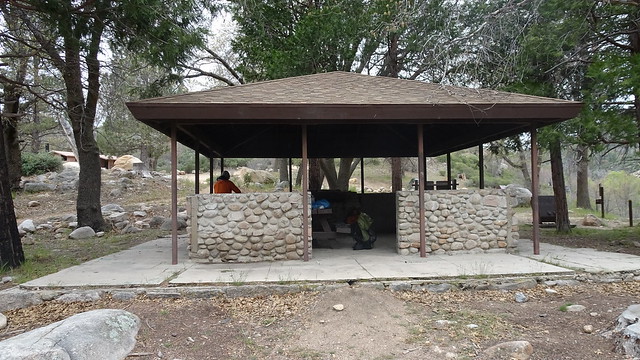 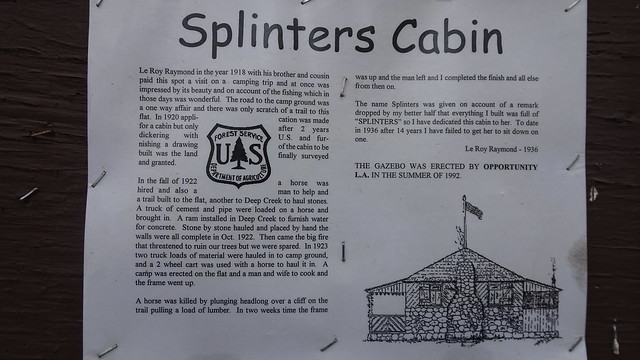 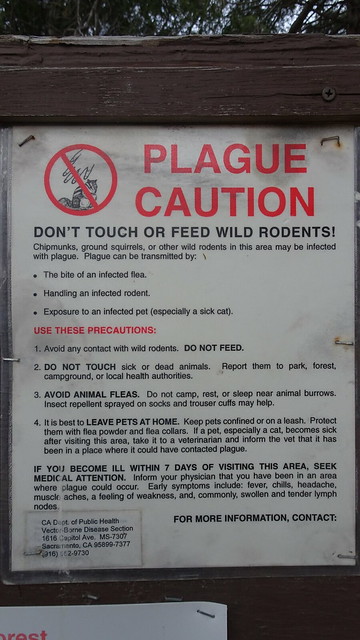 It has a huge table so we sat down and ate a early lunch. Before too long Justice rolls up and explodes his pack on the table before binging on his food. 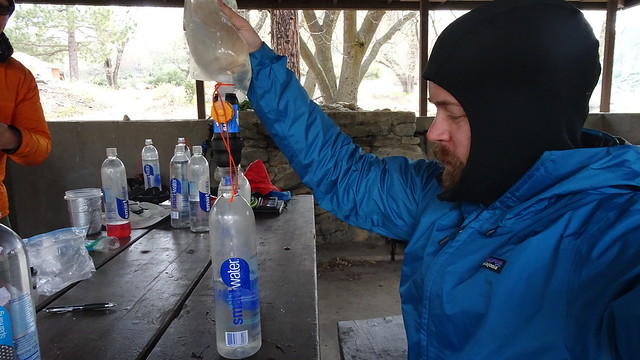 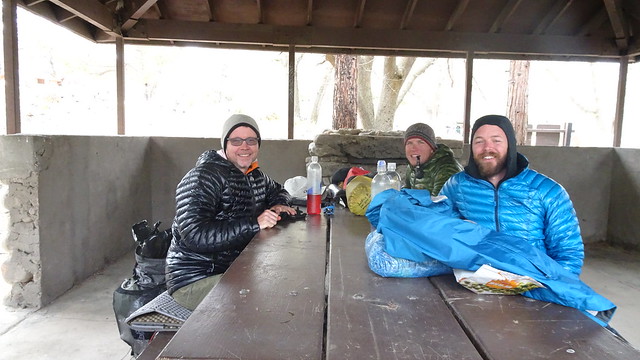 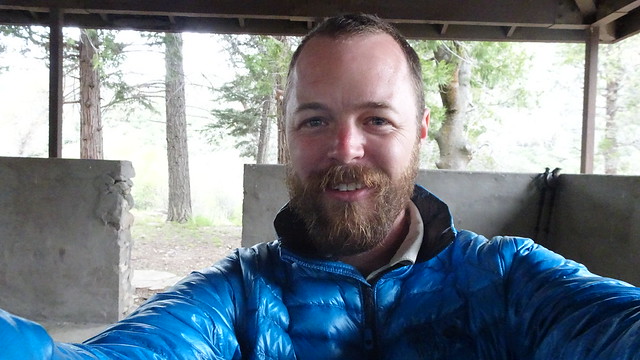 The best part is this. 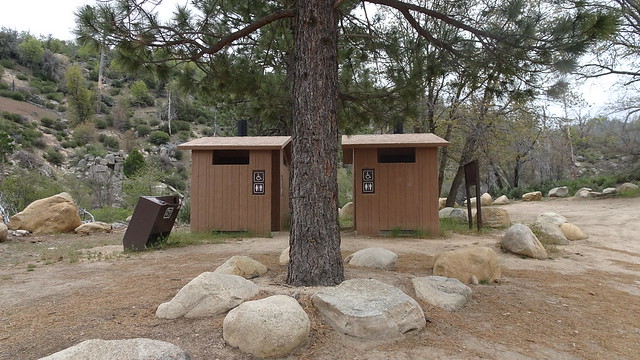 A beautiful site to any thru hiker.

While eating we finally convinced Justice to accept “The Hobbit” as a trail name. This kid can eat. We Always joke about second breakfast, second lunch, etc ei the him. He also has a tobacco pipe. He has a big faux leather journal he writes in that we joke is the manuscript for “An unexpected journey.” For The last week we kept joking about it and he was hesitant, probably hoping for “The Flash”. 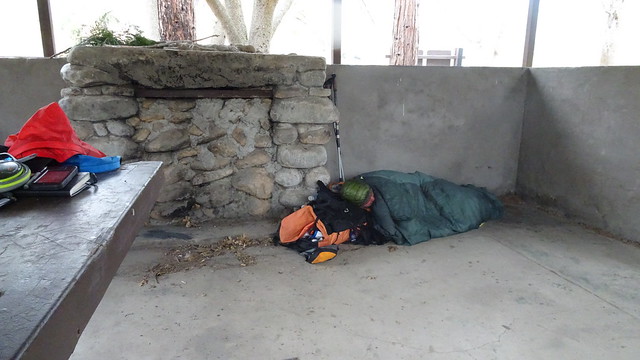 Few days back Jim accepted the trail name “5 star.” Jim seems to have everything. Including two sleeping pads. A foam one and an inflatable one. He has condiments, and a place mat. I’m sure there is more. We were all camped the night after Warner Springs joking and he kept having all these luxury items. I joked and said he was like a 5 star hotel.

So I’ve finally decided to accept a trail name that I was given almost 8 days ago. Here is the story of how I got my name.

The night in Warner Springs it was super dark. No moon or stars due to the black clouds overhead. It was just approaching hiker midnight of 9 pm and most people were in there tents either in bed or with their head lamps on making the tent almost glow. I was hobbling back from the resource center to my tent with my head lamp set in red light mode. Red light isn’t as harsh or bright and it’s usually best for in your tent. The problem was my light isn’t bright and distinguishing colors is even harder with a red light in pitch black. So I’m walking back to try and find my tent. I see the tent I was set up next to and then my tent. But there is a glow of a headlamp on. What the heck?! Who is in my tent I say as I walk up. I crouch down to look in and start to say “are you in my tent” when I realize the material is white and mine is light blue. Then I remember the tent that was next to me moved closer to the tree and was now next to Jims tent which is made of the same material and by the same company just a slightly different model. I get up and go to my tent feeling dumb. The next morning Jim brings it up to and I say it was me and what happened. While eating dinner that night Tami jokes about it and someone  says “Wrong Tent.” So I guess I’m officially Wrong Tent.