Whenever I tell people I’m hiking the Pacific Crest Trail I almost always get asked the same questions. Some of them are pretty ridiculous.

Are you bringing a gun?

No. Nobody carries a gun. I get asked this almost every time. Why would I bring a gun? Who am I going to shoot out there? You’re much more likely to be killed by your family and friends when they decide you annoy the shit out of them.  There have been zero murders on the PCT. Bears and mountain lions? Not a single death on the PCT. Ever. The last time a wild bear killed someone in California? in 1875. In Oregon? Never. In Washington? A 4 year old in 1974 at her house. Mountain lions? In the last 100 years only 3 in all of California and 1 in Washington.  You know what is dangerous on the PCT? Heat stroke and dehydration. I’d rather carry an extra 4 pounds of water than 4 pounds of a gun and ammo that will never be used and is actually illegal on certain areas of the trail. 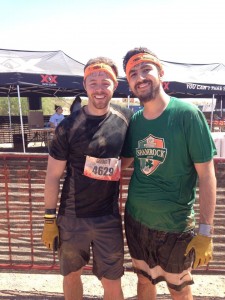 Are you going with anyone?

Nope. Well, at least nobody I personally know, and as we have learned above, my friends are more likely to be the ones to kill me. Over 2,500 people will be attempting to do a full thru-hike heading north this year and over 1,500 doing sections of the trail. I think I might be able to make a friend. Maybe even two if I’m lucky!

How do you carry all your food?

For some reason a lot of people think I’m going to carry all of my food with me and that I’ll be in the wilderness for 5 straight months.  It is literally impossible to carry 5 months of food. At about 1.5 lbs per day of food that would be about 225 lbs for 150 days.  I will be coming across a town or a road to a town every 4  days on average.  Then I’ll go into town to a store and buy food or pick up a box full of food that my mom sent for me. In some cases I will have to hitch hike or take a bus/shuttle into town since some towns can be over 25 miles away and road walking on a highway is very dangerous.  Rest assured my dear readers I will have a continuous foot path from Mexico to Canada (unless there are trail closures with no alternatives).

What about illegal immigrants?

What about them? I doubt any person wanting to sneak across the border for a better life is going to want to draw the attention of border patrol to them. Within the first day I will have walked 20 miles to a lake campsite. By the next day I’ll have walked another 20 miles to a campsite. I’ll most likely be surrounded by many other hikers for the first few weeks. I’ve yet to see any hikers write that they had problems with illegal immigrants. Despite what certain incredibly racist prospective presidents have said they are just people like everyone else and not out to rape and murder.

Where do you start?

At the California/Mexican border a few miles from Campo, CA. About an hour Southeast of San Diego.

You start in Mexico?

Nope, I’ll be starting at the border on the US side. I’ll be able to touch the wall.

It won’t be that hot since it goes by the coast, right?

Actually, I’ll probably never see the ocean. It’s the Pacific Crest Trail. It follows the crest of mountain ranges throughout California, Oregon, and Washington. Temperatures can get well up into the 90s and below freezing on parts of the trail.

Do you go into Canada?

Yep! The trail officially ends about 8 miles past the Canadian border in Manning Park. About 2 hours east of Vancouver.

How can you afford to take 5 months off work?

I’ve always been good with my money and don’t spend it on booze, coffee, electronics, cable, etc. In other words being boring and watching Netflix. I’ve also been lucky to have a well paying career the last 6 years where I’ve been able to build up a sizable savings in case I lost my job. Not being married or having kids definitely helps too.

Again? I’m pretty sure there was a book written about knowing whether you’re crazy or not.

Why not?  The Meaning of Life is to “try to be nice to people, avoid eating fat, read a good book every now and then, get some walking in, and try to live together in peace and harmony with people of all creeds and nations.” Since I’ve already sailed the wide accountancy I might as well get some walking in.