I get asked this question quite often.  Apparently quitting your job, walking 2,650 miles to Canada, sleeping with bears, and hitch hiking with strangers are not seen as rational decisions. Yet for some reason whenever I tell someone about my upcoming journey they talk to me for quite awhile, ask lots of questions, and usually finish by saying they are jealous. So maybe they are jealous that I’m crazy? I don’t know.

The second question, usually followed after the “Are you crazy?” question, is “Why?”I usually respond with: “Why not?” or “Because it’s there.”  However, 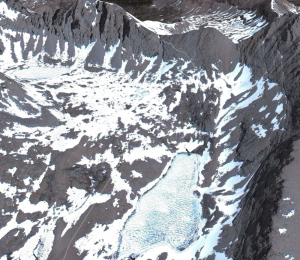 when I get down to the serious reasons of why I’m going to walk for almost 5 months they are a bit more serious and hard to describe. I’ve wanted to do a thru-hike for close to 10 years now. Over the years the PCT and the Appalachian Trail (AT) would pique my interest for a couple weeks and I would talk about it with friends and family. In early 2015 after being reminded of the PCT and reading someone’s blog of their PCT journey in 2011 , I knew it was something I had to do. I couldn’t put my finger on why, I just knew that walking to Canada was something I had to do.  Maybe I’ll have an epiphany out there while squatting over a cat hole. Or maybe I won’t. All I know is I’m excited to find out.