It was a totally different morning compared to yesterday morning. It was actually quite nice. Wasn’t too cold and there was no condensation. No mosquitoes either.  Today we planned on putting in some miles to make up for how little we did yesterday. Luckily most of the day consisted of a some what easy elevation. There are a couple steep climbs but they are fairly short.

We set out following along a creek. The sake creek that wanted to kill me if I slid off that stupid slope of snow. Within a couple miles we passed by what appeared to be the skull of a mountain lion. Poor kitty cat. Nonetheless it was pretty cool to see. 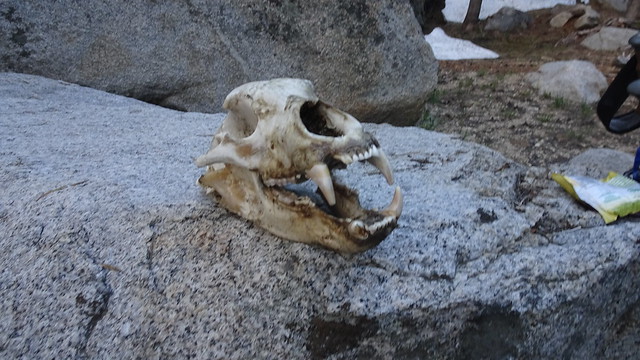 Eventually we came to where we had to cross the creek. Except it looked either deep and relatively calm or shallow and rough. We scouted up and down for a few minutes before finding a spot that came up to my hip. Freezing water on the balls. That’ll wake anyone up. 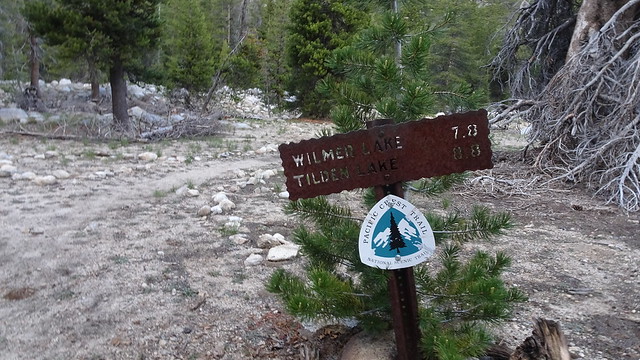 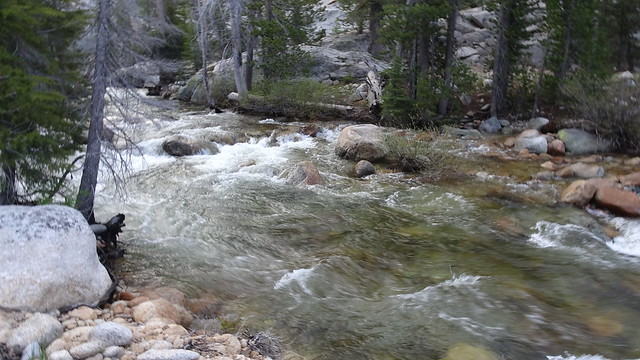 Once my feet were wet and weighed more it was time to climb. The trail likes to work that way. It only went up about 800 feet but it was a steep climb. Then the trail went back down. A very steep descent. And of course it was covered in snow. Why wouldn’t it be? 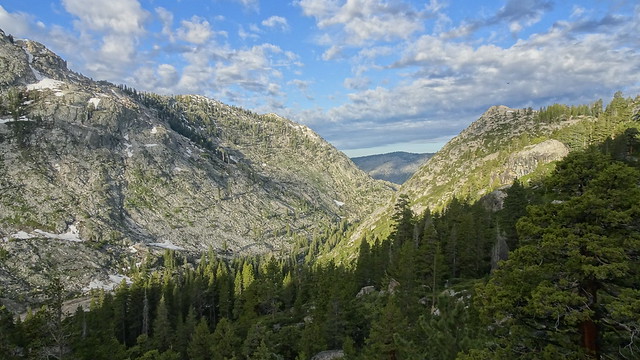 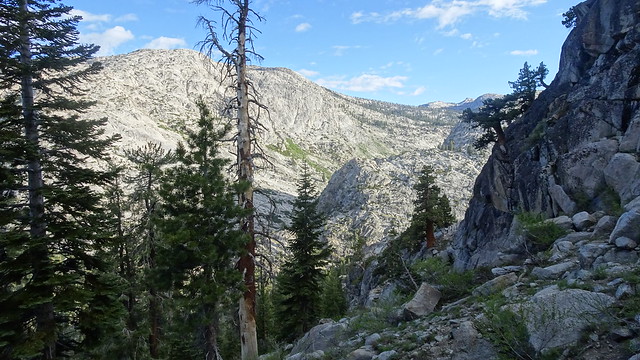 After dropping 1,000 feet guess what the trail did.  It went back up! And then straight back down after 1,000 foot climb.
After those two climbs the rest of the day would be fairly easy with a 1,500 foot climb over 10 miles. Hardly even noticeable. We passed by several lakes. The trail was very wet and muddy today. Can’t wait for that to be over. 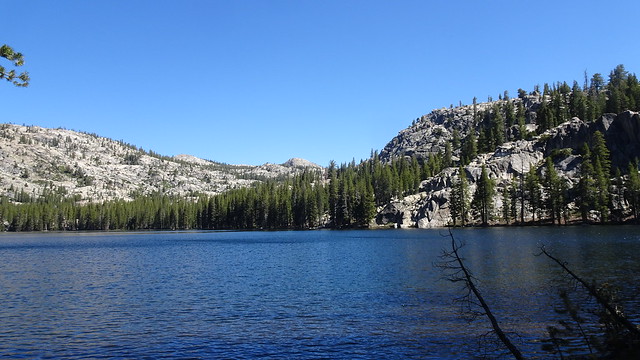 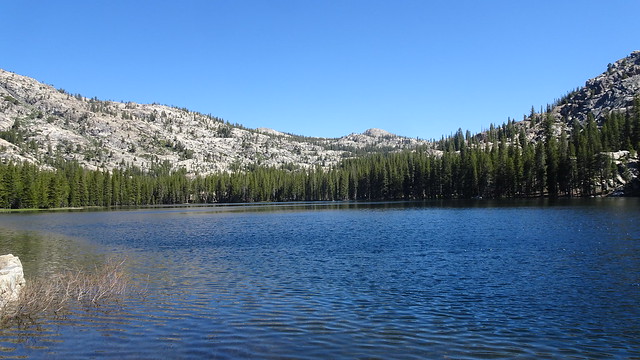 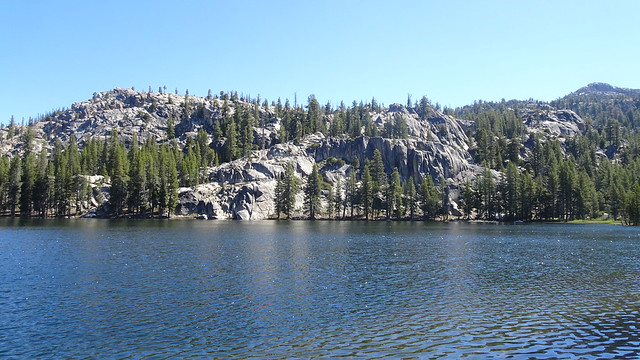 Almost all the creeks couldn’t be avoided. They were deep creeks too. 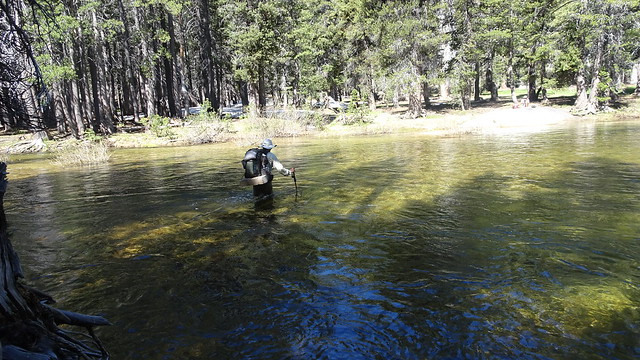 Towards the end of the day we made it over Dorothy Lake Pass. The north side of the pass was of course covered in snow. Which involved lots of checking the navigation app to see where the trail disappeared too. 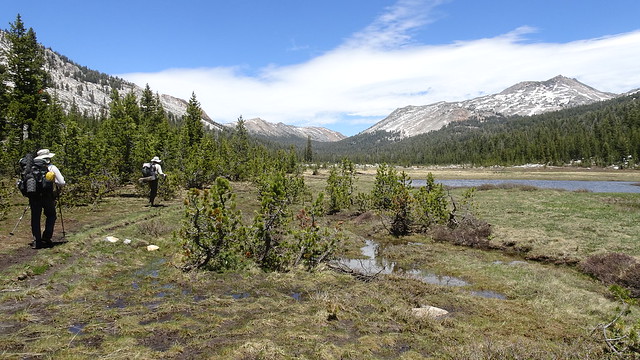 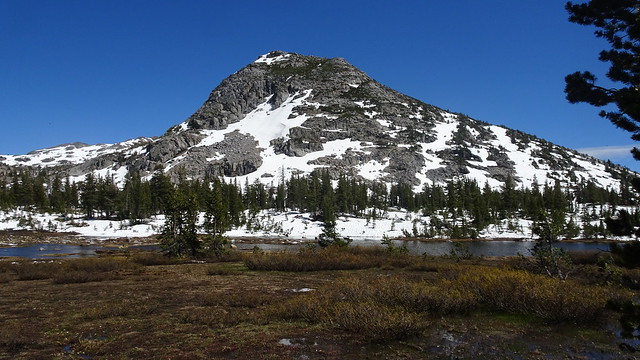 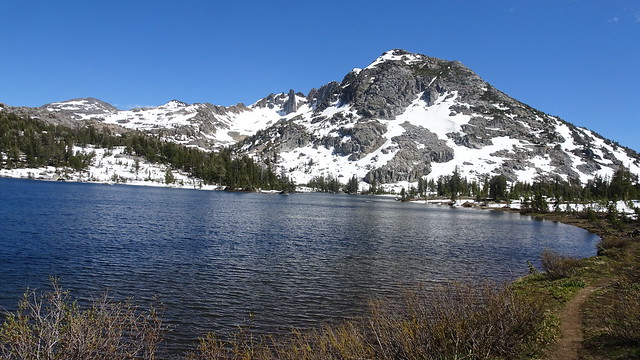 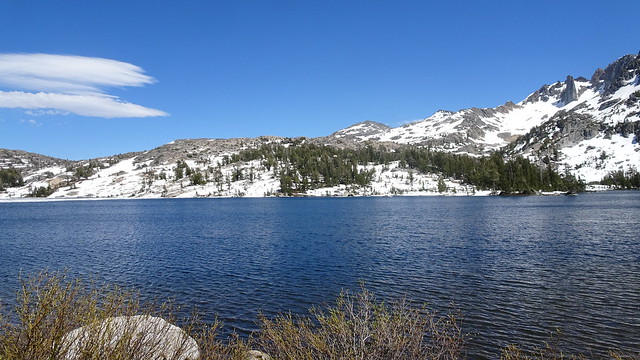 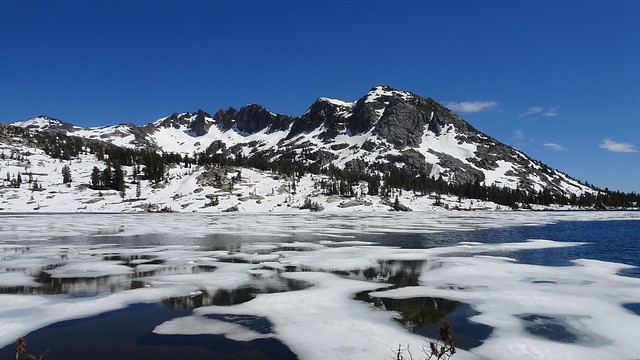 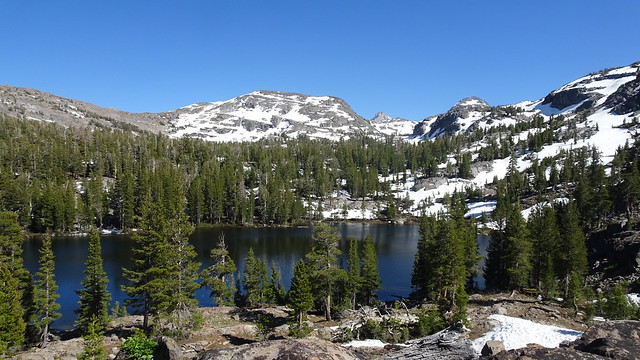 As we dropped we descended into mosquito hell. My bug spray was not enough. Hundreds of them swarmed around me. A few brave ones would land on my legs. I picked up the pace hoping to out pace them. It helps a bit but the swarms are always right there. I feel like I should dedicate my life to the complete annihilation of mosquitoes.
We rounded a corner and 5 Star held up his phone and said “1,000!” I looked  down and saw some rocks lined up to say 1,000. 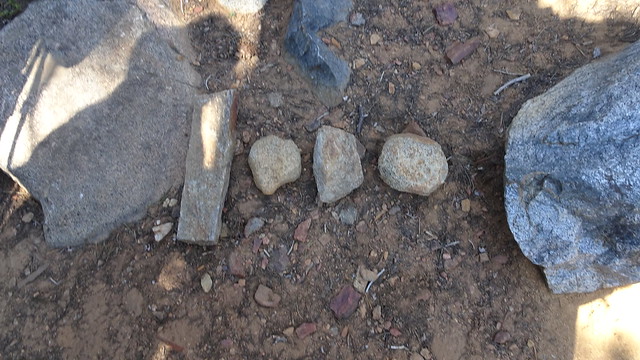 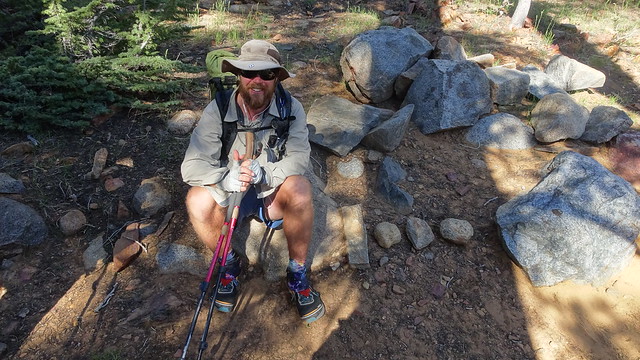 We continued on quickly since mosquitoes don’t give a shit if you’re trying to enjoy a monumental moment. Bastards. We walked on another mile looking for a place to camp for the night but it was mosquito hell or no flat dry spots anywhere. Eventually we came to a place and we walked off trail up into some rocks on a ledge where there was a patch of dirt. I quickly shoved my stuff inside my tent and hid from the mosquitoes. There are probably 30 of them sitting on my netting. Just waiting for me to leave. Ain’t going to happen.
I dipped into my beef jerky bag today. While eating it I realized it was pork jerky. Korean BBQ pork jerky. Was really good! I wanted to eat the whole bag but I resisted. Barely.

I almost listened to all of the “The Martian” today. I’ve read it and loved the book but I was told the audio book is fantastic. I really enjoyed it. The narrator does an amazing job. I highly recommend it.

Day 61: So long bear can and thanks for all the back pain!