I had another restless night. My lower back was in constant pain. Just a dull pain enough to make laying on my sleeping pad uncomfortable enough to prevent sleep. I woken up just as it was starting to get light out around 5:20. I packed up and was downing yet another pop tart by 5:45. I was hoping I’d feel better today. My feet and back felt OK but I know it’s a temporary feeling. Those two have been getting sore earlier in the day.
This morning started off with a 1,200 foot climb. I knew right away I wasn’t feeling great. I felt lethargic from my poor sleep over the last several days and my foot was already starting to hurt. I crossed into the Trinity Alps wilderness early in the morning. 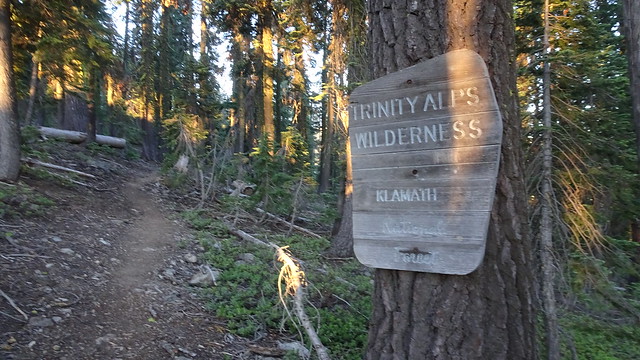 I reached the top of the climb and would stay up around 7,200 for a few miles. As I was just about to start a drop I ran into a southbound section hiker in his early 40s. We talked fr a bit and I told him I thought I was ahead of the herd but just behind fast hikers that lolly gag in town. He said he could see that from the few he met earlier in the morning and yesterday. Then he made a comment about “people our age…” What? What’s that supposed to mean?! How old do you think I am?! We talked for a bit more and then I continued on. 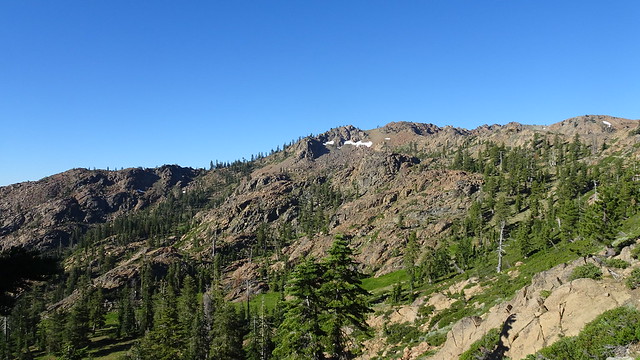 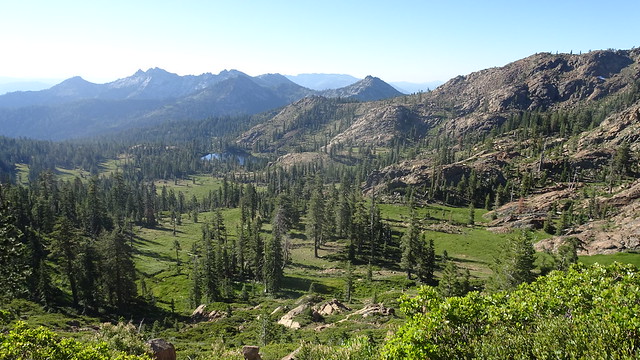 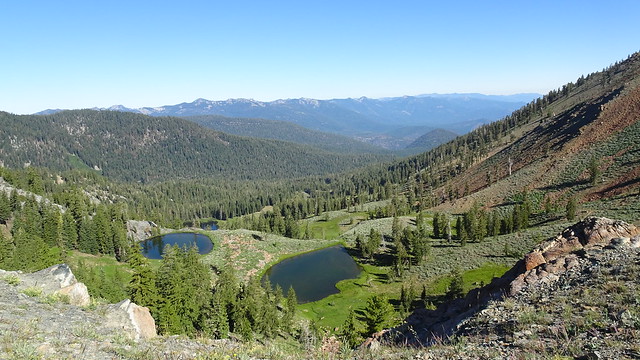 I stopped several times to take a break. I was very tired and kept having to tell myself I couldn’t sloe down or I’d be hiking late into the night. I needed to put in some serious miles so I could have an early morning into Etna.

Around noon I came across a trail maintenance crew. I stopped to talk to them and thank them for volunteering to help maintain the trail. If the wasn’t for them I might be walking in bushes all day. That wouldn’t be fun! 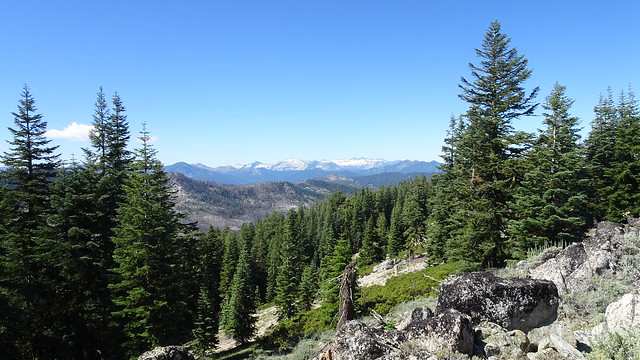 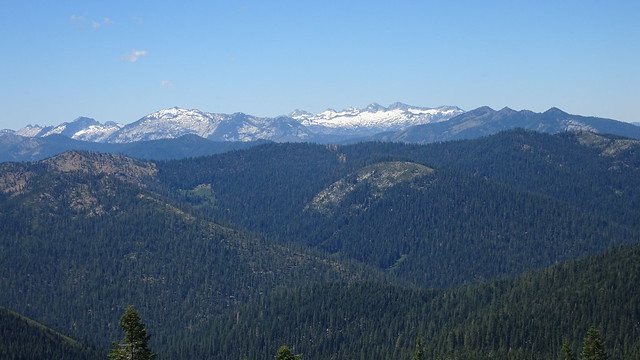 I continued making my way downhill. I passed a trailhead parking area and then began another climb. By the time I finished this 1,500 foot climb I was dead. Figuratively obviously. It was starting to get late and I knew I’d be hiking until past 7.

I finished 11.22.63 and was underwhelmed. I’m not sure King could end it in a good way. I started up another book and  by then it was time for another climb! This climb was steep. A couple hikers passed me and said they were stopping in a mile. I wanted to get past them so I could get an early pickup to Etna. The road is not well travelled and the more people trying to hitch the less likely to get picked up. 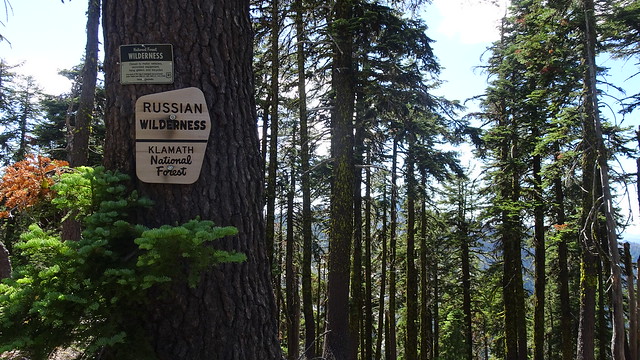 I made it to the top and had to sit down. Holy crap was I tired and my foot was angry. Numb but sore. A special combination like a hot brownie and cold ice cream. Except brownies and ice cream are actually enjoyable.

I pass the two hikers setting up for the night and hobble on. I enter a burn area and come to a small saddle looking down a valley. I consider stopping here since it has a slight breeze and I have 4G. But I decide to press on for another 2 miles. 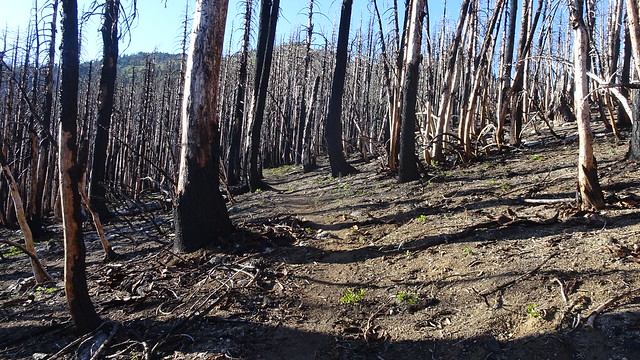 Eventually I get to where there is a lake with tent sites. My app says I’m right at it but I see no trail to the lake. I decide to just climb up the rocks to my left. It’s only 100 yards and I get to the lake. I don’t see how there could be 5 places for tents and I wonder if I’m in the right area. I wander around and see maybe some spots across the lake. I don’t see an easy way over so I just settle for a spot where I am.
I set up my tent but the wind is making me fight. I lose a tent stake in the process. The stake flips around and the guy line came loose. I never could find where the stake was again. I looked and and looked. I used my foot to wipe away all the loose top soil and debris but nothing. Oh well. 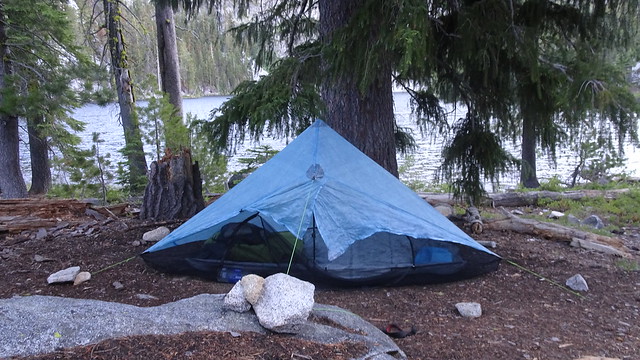 I get in my tent and I’m too tired to do anything. I put my ear plugs I and go to sleep. Now when I say sleep what I really mean is toss and turn all night because my lower back is letting me know it’s had enough. I take the hint.