Sometimes words fail. Last night. Today. The last 24 hours were almost hike ending. Today’s post will be very short. Today absolutely sucked. To start off the annoying group of stoners sat around a fire being loud until probably 11 pm. Shouting about dumb shit all night. They only went to their tents when it started to rain.

When I say rain I mean pouring rain. All night. It was raining so hard that the drops were hitting the dirt around the tent and splashing mud up all over my tent and the netting. The inside of my tent was wet from the condensation. I got up at 6 and moved all my stuff under the store porch and packed my stuff and did my best to clean and dry my tent. It was still very wet as it went into the stuff sack. 5 Star’s tent completely flooded. Most of his stuff was under water.

We got breakfast one last time. That was the only good part of the day. After breakfast I settled my tab. 5 Star, Mad Dog, and I waited to catch a boat back across Lake Fraudison. One of the workers drove us to the lake in the “Thunder Van.”

Now, if you remember my vanning experience back in Hikertown with the POS ASTRO van then that van was like a pristine vehicle. The Thunder Van is an 80s Ford Econoline panel van. You know the van. The van your mom told you to never get in. Not even if they offer candy. The inside of the van is gutted. The back has wood flooring. The support beams on the roof are completely rusted through and separated. One is hanging down. The roof is rusted through and the roof rack is slowly pulling the roof off like opening a can of sardines. The van is one turn away from folding like a taco. It is glorious.

We ride across the lake on a boat and 20 minutes later we are on the side trail back to the PCT. The trail is soaking wet. He sky is dark and overcast and it is slightly misting. Definitely going to start raining later. 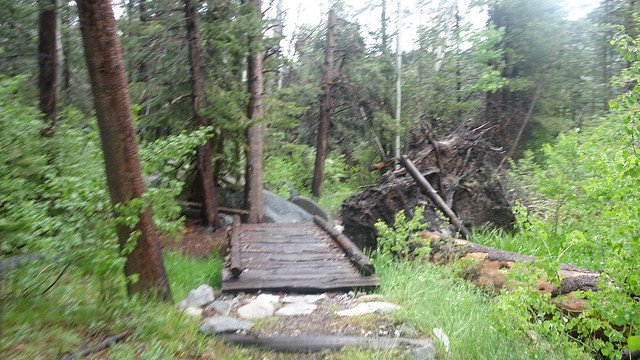 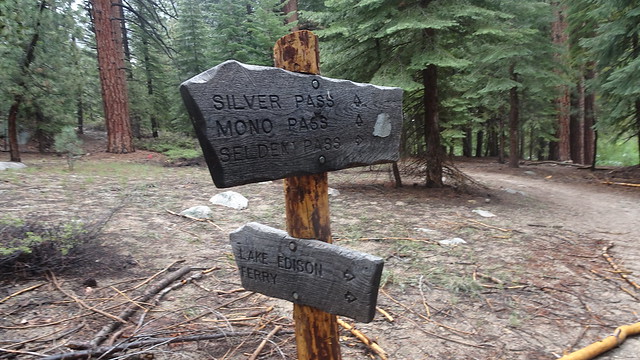 We started to climb up to the pass. 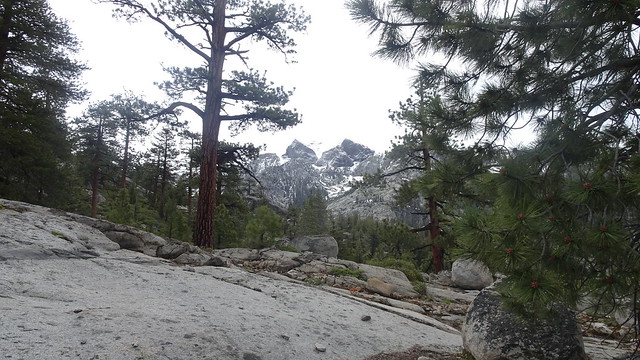 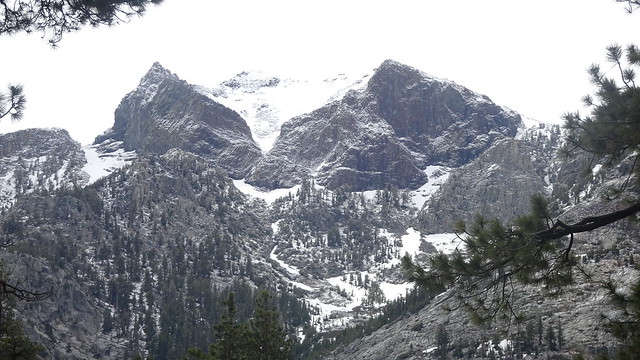 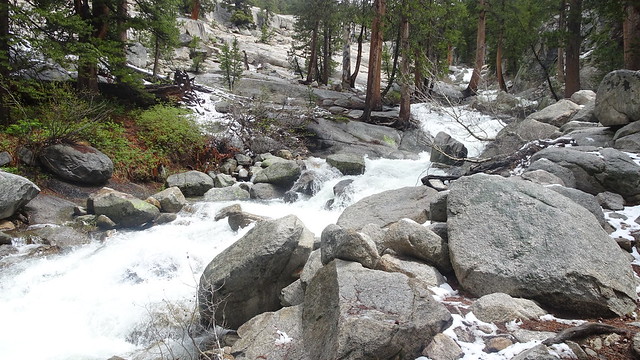 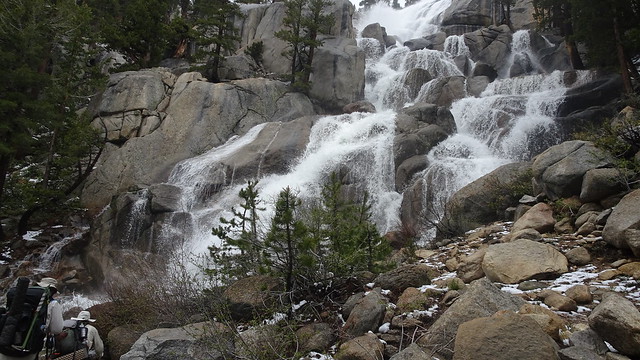 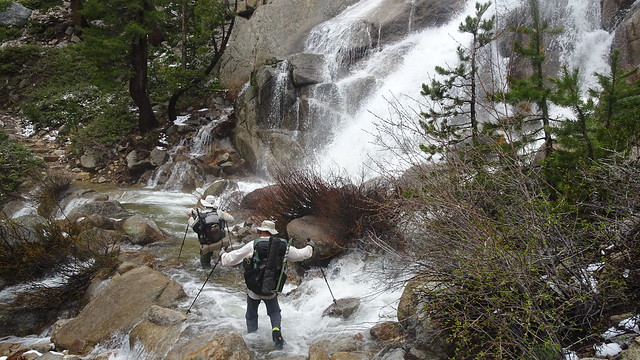 Then the mist turned to rain. And then it snowed. And when I say snow I mean a blizzard. 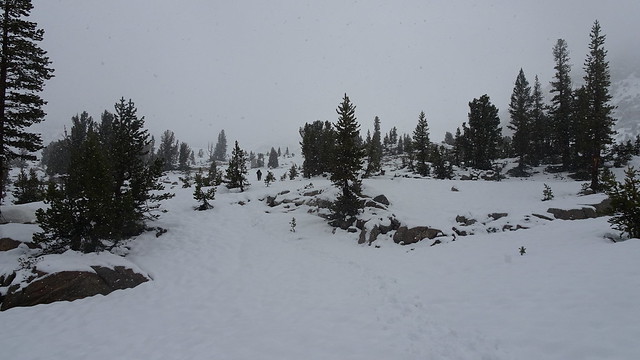 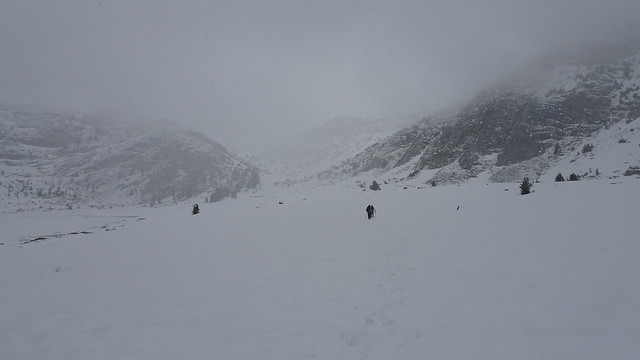 It snowed over a foot. Completely covering the trail and the footprints of others. At times, a lot of the time, we lost the trail. For awhile we were going around in circles trying to figure out how to get down. It got to the point where I was getting nervous. It was cold and wet. My feet were soaking wet. My hands were going numb. We were still at 10,700 feet and it didn’t seem like we would drop altitude anytime soon. And we would only drop to 9,000.

Eventually we spotted the trail across a valley wrapping around the mountain and dropping. We skirted around to it and got back on the trail. Luckily the trail was rushing with water so the snow wasn’t able to cover it.

We quickly dropped altitude. We came to a trail junction and found out it was an alternate where it would drop further to avoid the snow. The only problem being it would go 3 miles past our turn off and it was about 5 miles further.

To add insult to injury as I was crossing over a log I slipped and my camera fell into the water. I was pissed. Absolutely pissed. My foul mood went to 11. I was livid. I just wanted to be done with the crappy day. I didn’t care about finding ways to avoid getting my feet wet anymore. I just plowed right through creek crossings.

We got to another junction and found it led back to the PCT at Purple Lake. We decided to camp at the junction and hope for a better day tomorrow. I set up my tent and everything is wet. What a miserable day.