I didn’t sleep good last night. I woke up several times and it took awhile to get back to sleep. Once 5 rolled around I slowly got up and packed my stuff away. As I was stuffing the last of my gear into my pack the mosquitoes realized where I was. I seem to have jinxed myself. I heaved my pack on to my shoulders and made my way back to the trail.
The trail was actually easy today. It went up a few hundred more feet and then it was mostly downhill the rest of the day. I had a decent pace going and figured I could easily get a 33 mile day in before 5:30. 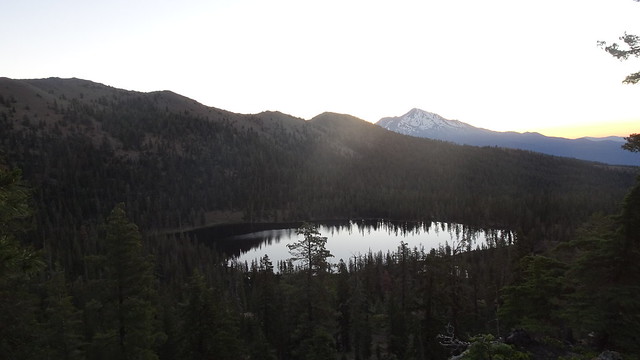 Around 6:30 I came over a saddle and what do I see? Snow! What the heck? How is there still snow?! I haven’t seen snow in a couple hundred miles. I cross over the treacherous white stuff and continue on. 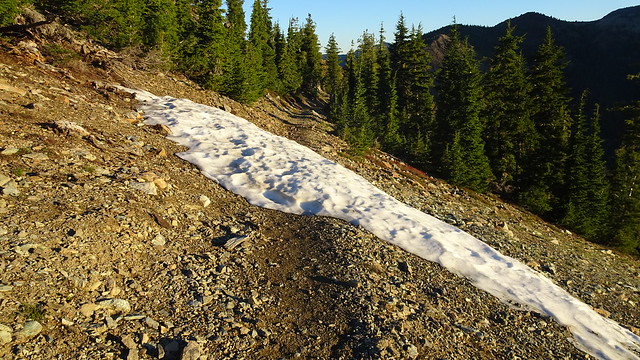 All along the trail lately has been this interesting plant. Not sure what it is. 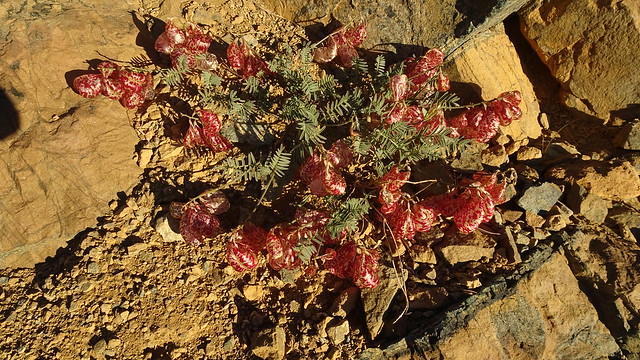 As I was about to cross over another saddle I noticed I was being watched by someone. 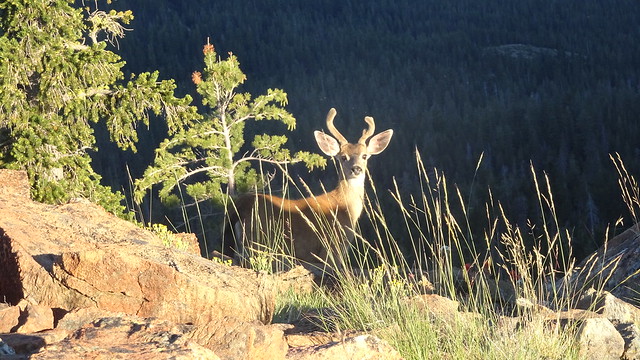 I took a break around 10 and sat on the trail to eat some food. I was making really good time. I got up after 15 minutes and took off. The trail then became pretty rocky and my feet started to hurt from all the jagged rocks. 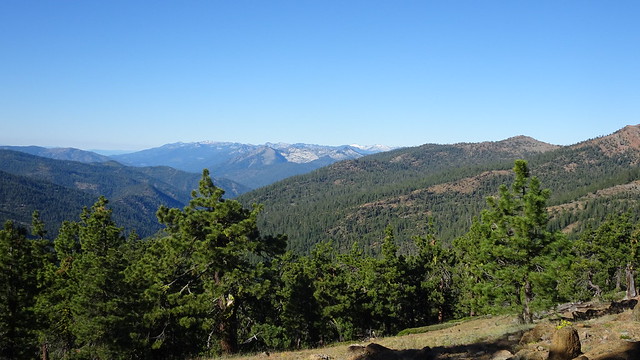 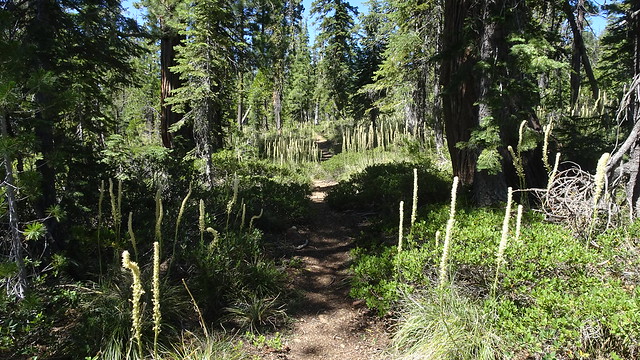 The trail was pretty boring. I finished listening to my music in alphabetical order and then started up 11.22.63 again. The book started off really good but then the main character just had to go and fall in love. So it’s bogged down in that boring mess that keeps distracting him from what he set out to do. Hopefully that nonsense ends. 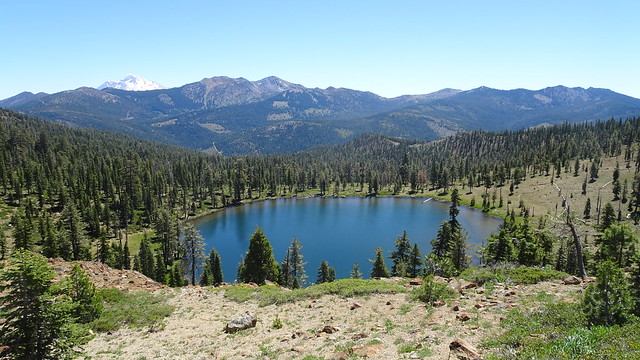 Around 1:30 I took another break. My feet were killing me. Specifically my right foot. It felt like I had a bunch of tiny rocks in my shoes yet I knew there wasn’t any. I took off my shoe and it was just a mess. There were 2 holes where my toes were and a big hole at the ball of my foot. Also the blister on my heel was massive. The heel section of the Altra Olympus is horrible. Even 5 Star had blisters there and he wore that style the entire way.

I got back up and made my way down the trail. I could barely walk my foot hurt so bad. I kept going for another 30 minutes until I had to stop and Lance my blister. It was massive. I was hoping it would help but it didn’t. Not much fluid came out and it still protruded out. I put a blister bandage on and slipped my foot back into my shoe.

I went another hour before I couldn’t take it anymore. My foot hurt too much. I took off my shoe and sock and fished out a fresh one. That seemed to help a bit but my foot still hurt.

I decided I had to go into Etna even though I didn’t plan on it. I was having a bad day and was already exhausted and feeling broken down after only 2 days out of town. My feet and lower back are making the trail unbearable .
I checked and saw I had service and called my mom. I needed to talk to someone. I went through whole day without seeing a hiker. It’s pretty lonely on the trail now. I told her how I was feeling and she asked if I was thinking about getting off trail. I said “I don’t know. I just feel so tired and my feet hurt.” I told her I was thinking of going in to Etna for a day maybe two. I came to Highway 3 while on the phone and said I was going to see if I could get a ride from here. Normally hikers go into Etna further up the trail at around 1597. Unfortunately there was hardly any traffic in the direction I needed. I sat there for almost an hour but only a couple cars passed. I decided to just hike and went another mile to a tent spot. I saw some day hikers coming down and thought about asking but they had dogs and I doubted I could get a ride out of them.

I’m hoping I have a better day tomorrow. I’m struggling with some cognitive dissonance right now. I want to be done and at home but I don’t want to quit. I know I’ll regret it for the rest of my life. It’s only 38 miles to Etna. I just need to put in some good miles tomorrow and then the day after I can hope to get a ride in the morning. Hopefully.