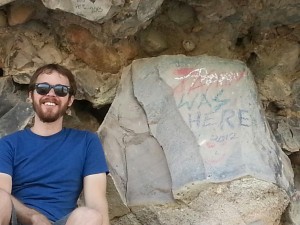 Hi! I’m Jason.  On April 22nd 2016 I will attempt to walk from Mexico to Canada along the 2,668 miles long Pacific Crest Trail (PCT).  I’ve wanted to do a thru hike for close to 10 years now. When I first heard about the PCT I thought it would be an amazing adventure but I was a little terrified of traversing across snow in the High Sierras. I thought for sure I would die alone in the snow so I started looking into the Appalachian Trail (AT) instead. Over the years my interest in doing a thru hike grew and grew. After I read Bill Bryson’s A Walk in the Woods I knew a thru hike would happen sometime in my future.  In early 2015 someone posted a before and after picture of their friend who completed the PCT. This sparked my interest in the PCT again and I started to read through his blog. Only he stopped updating it around the 1,000 mile mark. So I went searching for other blogs and found Wired’s blog. Wired hiked the PCT in 2011 during an extremely high snow year and wrote a blog entry every single day.  When I got to the day she went over the 13,200 foot Forester Pass I was hooked.  At that point I decided that on April 22nd 2016, my 30th birthday, I would stand at the California/Mexico border look north and start walking to Canada.