Below is the gear that I plan on bringing.

*These are tentative depending on snow levels the closer I get to the Sierras. As of right now it seems that it will be a normal snow year and these will mostly likely be used.

What is the PCT?

The Pacific Crest Trail is a 2,650 mile long trail that starts in Campo, CA on the border of Mexico and ends just past the Canadian border in Manning Park.  The trail runs through, scorching deserts, 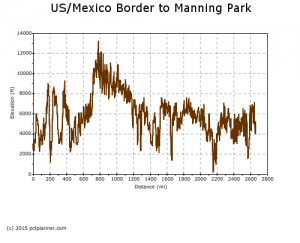 snow packed high sierras, exposed lava fields, verdant forests, and more. You can go from an extremely hot and dry desert section to a snow covered mountain top in less than 50 miles. The elevation varies widely from 13,153 feet over snow covered Forester Pass in the high sierras to 140 feet when crossing over the Bridge of the Gods entering Washington.
Hikers have a narrow window on when they can hike due to weather. April is the most popular start time. Any sooner and hikers can get into serious trouble while going through the San Jacinto Wilderness since late spring snow storms are not uncommon. Also, entering the high sierras before June can be dangerous due to high levels of snow or late season snow storms. Hikers also have to finish before the early winters of Washington around early October. Many hikers have walked close to 2600 miles with only a few miles left from the border only to be turned back because of a sudden Washington snow storm.

Although the trail runs through isolated areas you won’t be alone or at least not for any length of time. Over the years the trail has gotten more and more popular. Below is a table listing how many permits were issued for 2013-2015. Although only about 50% of those that start a thru-hike actually finish.

For more information please check out the Pacific Crest Trail Association. If you are planning on doing a thru-hike please consider becoming a member and donating. 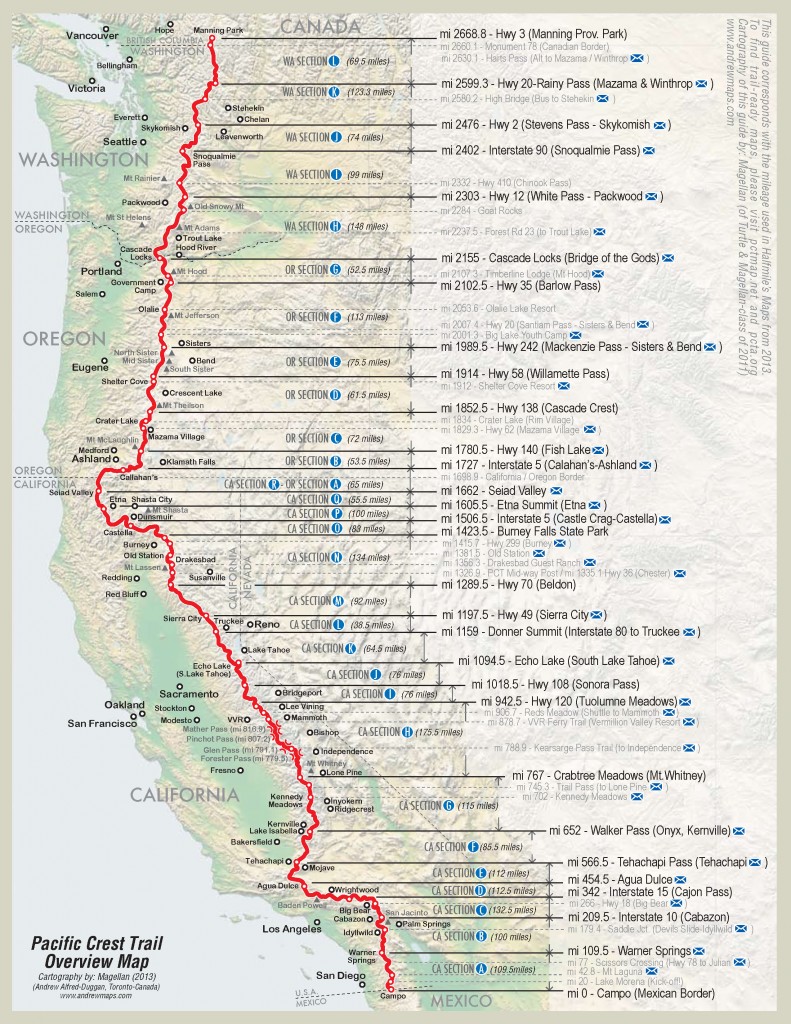